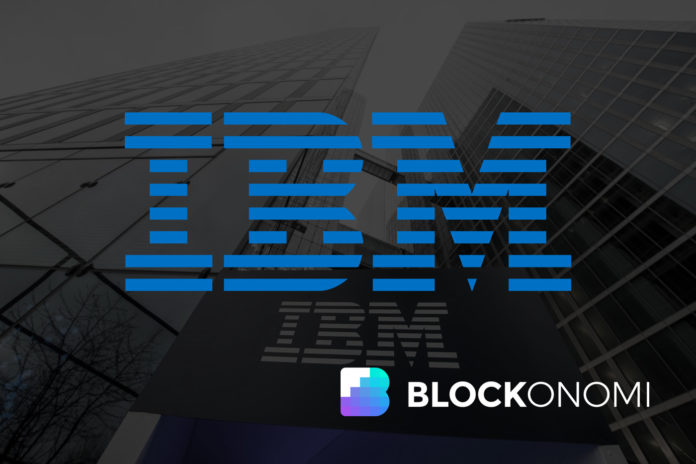 The Blockchain World Wire, a cross-border payments network that’s the result of a collaboration between blockchain startup Stellar and tech heavyweight IBM, was activated for “limited production” use in more than 70 countries on March 18th.

First announced as a real-time institutional payments project by the two firms last September, the Blockchain World Wire can leverage the Stellar network and its native asset, lumens (XLM), for a payments rail aimed at avoiding some of the major pitfalls seen in contemporary global commerce, like high fees and slowstab transactions.

Indeed, IBM said the system could optimize how payments are performed on the world stage:

Beginning in 72 countries to start, the Blockchain World Wire won’t just be designed to be efficient to use — the collaborating partners are also hoping to make it a hub for innovation.

That’s because IBM has confirmed that six international banks, including South Korea’s Bank Busan, Brazil’s Banco Bradesco, and the Philippines’s  Rizal Commercial Banking Corporation, are planning to launch stablecoins via the World Wire. These inaugural stablecoins will be respectively pegged to the fiat currencies of the “Euro, Indonesian Rupiah, Philippine Peso, Korean Won and Brazilian Real,” the tech giant said.

The international stature of IBM will likely ensure that further banks take the leap in using the World Wire, while the gravity of the collaboration will undoubtedly lead to the profile of the Stellar network being raised in and beyond the cryptoeconomy. At a time when adoption is still generally elusive for cryptoverse projects, the World Wire is about as wholesome of an adoption advancement that the Stellar community could hope for.

“We’ve created a new type of payment network designed to accelerate remittances and transform cross-border payments to facilitate the movement of money in countries that need it most. By creating a network where financial institutions support multiple digital assets, we expect to spur innovation and improve financial inclusion worldwide.”

Popular U.S. cryptocurrency exchange Coinbase also announced on March 18th that it had added Stellar’s XLM cryptocurrency to its retail-minded Coinbase.com platform as well as its Android and iOS mobile app devices.

XLM is now live at https://t.co/bCG11KveHS and in the Coinbase iOS and Android apps. Coinbase customers can log in now to buy, sell, convert, send, receive, or store XLM. https://t.co/YSIYNPO4JP

The XLM expansion into the Coinbase ecosystem came after the company revealed just a few days prior that it was adding XLM to its advanced trading platform, Coinbase Pro. The arrival of lumens at America’s premier cryptocurrency platform has come on the heels of the coin experiencing several other solid adoption advancements in recent months.

This March, German crypto lender Bitbond released a security token (STO) via the Stellar protocol. And in February, the Stellar-based SatoshiPay startup landed a deal to create a micropayments suite for German publishing power Axel Springer. 2019 started off on good footing for XLM, too, as it was in January that Grayscale Investments, the world’s largest crypto investment company, added XLM to its digital assets portfolio.

Altogether, Stellar is gaining some fresh and impressive traction, and that’s a dynamic that makes the project one to keep an eye on if altcoin season returns once more.

There is a lot of interesting crypto market price momentum at this time. Not all of the bearish pressure which...