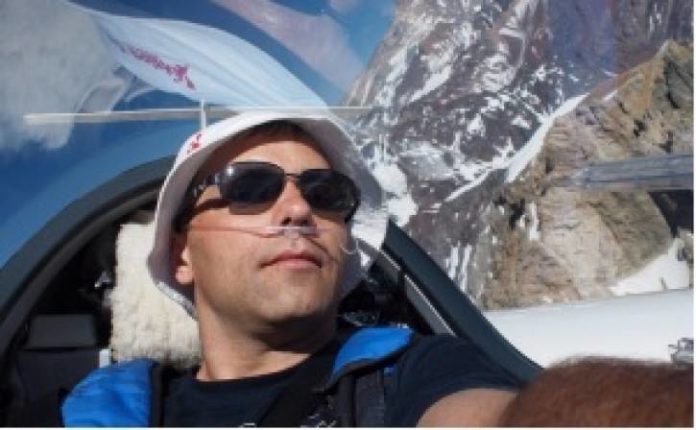 Kawa is ready to raise €50,000 by 30thNovember to fund the Everest Gliding Project that accepts donations in both fiat currency and bitcoins. Furthermore, he confirmed idea to add the bitcoin logo on his glider during a trip. “For this project the goal is to climb up to the highest peaks in the Himalayas using no engine, only the powers of nature – wind and thermal up currents,” said Sebastian Kawa

Sebastian Kawa first heard about digital currency last year but decided to start using bitcoins later. At the beginning he thought that it was too complicated to get involved in. Usually he buys some currency for a travel or when he wants to make a particular purchase in a particular shop. It is still unknown where bitcoin logo will be placed. Everest Gliding Project has a quite long list of sponsors and it is extremely important not to “overfill” the glider with sponsors’ logos. Kawa explained that “If a significant portion of the surface is not white, the glider warms up in the sun, the structure fails and we repeat the Icarus (mis)adventure”. However S?awek Piela, manager of the Everest Gliding Project, promised the logo would feature somewhere on the fuselage, if not the tail of the glider during Kawas extremely challenging flight.

The chief executive officer of Bitcoin.Travel (based in Poland) Tomasz Szast believes that Sebastian Kawas mission and digital currency “both are attempting to push boundaries”. It is especially positive that bitcoin logo will be placed on Kawas glider as it increases public awareness of digital currency and shows that people we all would like to be like are using bitcoins. “Bitcoin has had a lot of bad press. It seems like every bitcoin article is about drugs, money laundering, hacks, extortion and anything else that seems like an enticing headline,” explained Szast.

“It’s an amazing feeling to go from a wooden box/Raspberry Pi prototype in February to shipping a hardened steel production...