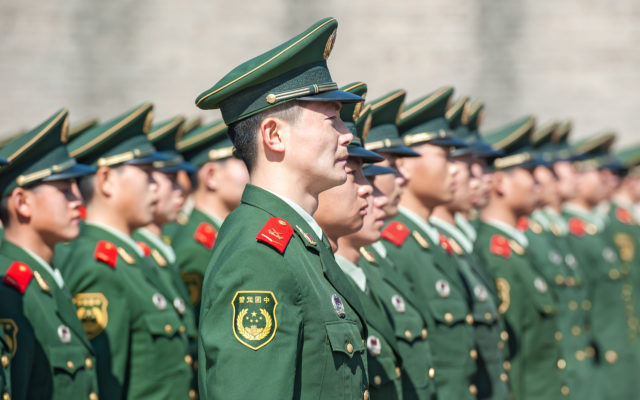 A few weeks after Chinese President Xi Jinping praised blockchain, a local military newspaper hinted that Chinese soldiers could be rewarded in crypto for their loyalty and good performance.

The South China Morning Post cited PLA Daily, the official newspaper of the People’s Liberation Army, as saying that the Chinese army would drive innovation by implementing blockchain. The military could create a token reward mechanism that would consider various performance criteria, including skills, training, task completion, and payment. The Tuesday article read:

To award or deduct tokens according to one’s daily performance and thus generate an objective assessment would effectively energise the human resource management.

After Xi Jinping gave the green light to blockchain adoption, everyone suddenly started to realize the potential of the technology. PLA Daily said:

Blockchain technology solved the problem of traditional digital data being vulnerable to tampering or hacking and lack of credibility.

The author listed other potential use cases for the distributed ledger technology (DLT). For example, it proposes that military secrets be stored on blockchains. In this case, the classified documents would be distributed among servers but not copied.

The DLT could also be implemented for PLA’s supply chain management and military logistics. Besides, it could store training records “in order to maximise the authenticity of training results.”

The article went on by saying that a blockchain interaction system might speedup interdepartmental communication and cooperation within the military and human resource management.

According to data from Statista, China’s army ranks as the largest in the world. The nation’s active military personnel is over 820,000 greater than the #2 ranked largest army, in India.

Interestingly, last month, local media reported that China had a blockchain-based propaganda app that records a Communist Party member’s loyalty. The system will act as a permanent reminder of those who joined the ruling party.

Those who want to pledge their loyalty will share a list of reasons why they joined. The list will then be stored on a distributed ledger. The application, called Lian Shang Chuxin, is another example of how blockchain in China could be used for control rather than decentralization.

Do you think that blockchain implementation will improve China’s army? Share your thoughts in the comments section!

The post World’s Largest Army Could Be Rewarded in Crypto Soon appeared first on Bitcoinist.com.

Canaan Mining’s IPO in New York may raise only $100 million, at least based on recent edits to the prospectus....