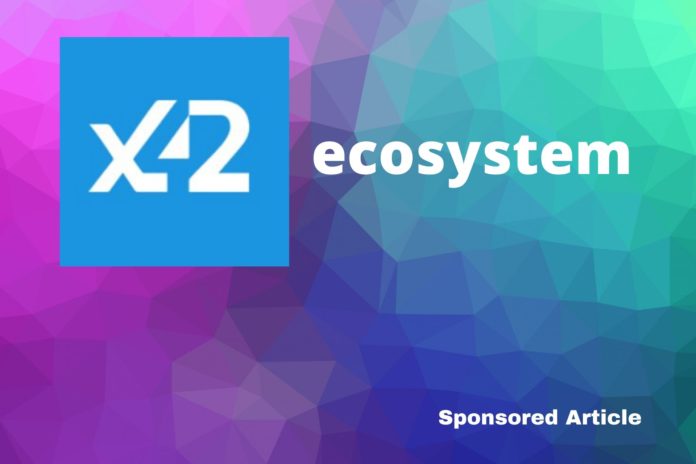 In the past few years, technology has certainly revolutionized the way new applications are built and brought to the online marketplace. However, there are still some major hindrances stopping their growth and progress.

Thanks to the disruption by the blockchain technology, the entire industry has been democratized. x42 protocol leverages the power of blockchain and allows anyone to build their own decentralized applications (DApps) in an easy and seamless manner.

x42 is a “fealess blockchain” platform that would allow developers to launch their projects at-near zero-cost and without transaction fees.

The x42 platform unlocks a huge potential for developers, allowing them to build DApps across different industry applications like search engines, smart grids, maps, and smart retail. This protocol can also run games, coordinate large scale operations and even has the potential to control blockchain-enabled smart vehicles.

Understanding the x42 Blockchain Protocol, and Its Architecture

The x42 is a decentralised blockchain platform, developed using Stratis and the blockcore technology. The platform has been designed and built as a multi-chain solution for DApps and is flexible enough to be used from the smallest of the developers to the big organisations.

The platform aims to provide infinite freedom and a conducive environment for developers to post their DApp projects on their blockchain and host it by other node owners.

The main idea behind the x42 project is to offer developers a scalable solution, wherein they can develop their applications and games with infinite possibilities, a minimum initial investment with zero transaction fee.

The x42 blockchain protocol has its own native Proof-of-Stake cryptocurrency called the x42 coin. The protocol consists of the main blockchain that hosts all the x42 coins along with three types of nodes.

The main blockchain is supposed to have a maximum total supply of 42 million ‘x42 coins’ mined by the year 2042. The x42 protocol has a layered architecture that uses Microsoft, .NET, C#, and the Bitcoin library. The two main levels of the x42 architecture are:

Key Features of the x42 Protocol

The x42 Protocol comes with several benefits like low entry barrier for publishing new applications, no transaction fees, a valid Proof-of-Stake (PoS) consensus mechanism, and much more. Let us look at each of the key features one-by-one.

The x42 blockchain is a great option for developers irrespective of the size of your project. This protocol is suitable for individual as well as enterprise-grade decentralised applications.

The protocol provides a one-stop solution and complete ecosystem for developing, hosting, publishing, and maintaining your application software. Besides, it addresses the major concerns of scalability and privacy for its users.

The x42 protocol can be accessed by developers all across the globe.

Microsoft has patented a cryptocurrency mining system that leverages human activities, including brain waves and body heat, when performing online...