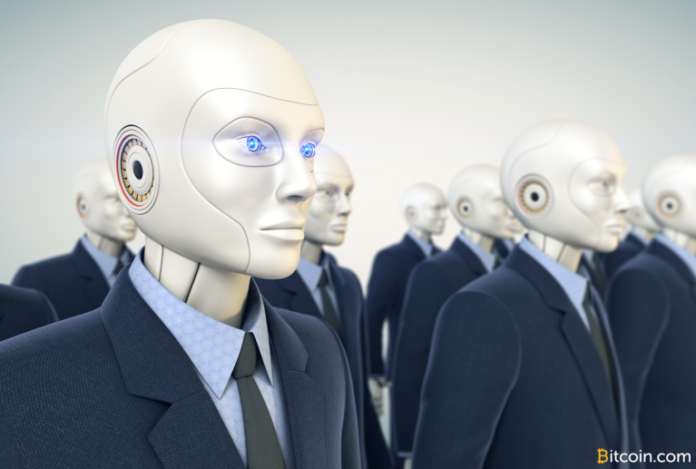 In January, news.Bitcoin.com reported on the so-called ‘XRP army’ harassing Ryan Selkis, the cofounder of cryptocurrency data startup Messari. A recent data analysis has now alleged that the XRP army of shills is compromised of thousands of bots trying to sway market sentiment across social media channels like Twitter.

When people discuss Ripple Labs and the XRP digital currency, the conversation can sometimes turn ugly and controversial. Cryptocurrency enthusiasts have noticed on platforms such as Twitter that if someone says something negative about Ripple or XRP, they are swarmed by Ripple supporters. The cofounder of Messari, Ryan Selkis, otherwise known as @twobitidiot, recently detailed how he was harassed by XRP supporters who called his home phone number. Now, a few reports from independent researchers have concluded that there are thousands of phony accounts or bots on social media being used to manipulate XRP sentiment. In fact, Geoff Golberg has spent a lot of time studying XRP-related bots and phony accounts on Twitter and first revealed his findings last year.

“Astroturfing = the deceptive tactic of simulating grassroots support for a product, cause, etc., undertaken by people or organizations with an interest in shaping public opinion,” explained Golberg after sharing his data. “There are various types of graphs I use and analyses I conduct — It’s quite manual and requires lots of time.” One particular Twitter account called ‘@Giantgox’ raised Golberg’s curiosity as many bots showed signs of being tethered to the Twitter account.

Last year, Golberg wrote about his investigation in great detail, which uncovered around 8,000 suspected phony XRP accounts on Twitter. The researcher also claims he made a bet with Ripple’s CTO, David Schwartz. In the post called “Dissecting a key (Twitter) account from the XRP Army,” Golberg says that Schwartz told him that if “there’s a real problem” the CTO would be “willing to deploy resources to investigate it.” However, since Golberg began sharing his data sets and analysis, he claims Schwartz has turned silent about his alleged promise. “There’s been crickets from Schwartz since I shared data outlining the magnitude of the XRP/Ripple astroturfing efforts,” Golberg tweeted.

Besides the Giantgox account, Golberg also found questionable data tied to another popular XRP-related Twitter account, ‘@Xrptrump,’ which has roughly 30,000 followers. While sharing his data, Golberg emphasized: “The large highlighted cluster is comprised of 8.2K accounts which follow Xrptrump — Take a look at this spreadsheet for yourself — do these look like real accounts?” The researcher’s seething critique of the allegedly manufactured support added:

The majority of Xrptrump’s followers are inauthentic accounts/accounts that have zero interest in XRP (large clusters, for example) — XRP army manufactures support.

According to the researcher, and similarly to Ryan Selkis’ experience, Golberg was harassed by the XRP army. After sharing his studies concerning the magnitude of alleged Ripple bots, the researcher received a message from a Twitter account that said: “Who can kill him?” He then reported the account to Twitter and the social media company told Golberg that the person did not violate Twitter’s harassment guidelines. Two days later, the account holder messaged Golberg directly and apologized for the threat and the account owner also deleted the profile. Despite this, the harrying and intimidation will not stop Golberg from sharing his research and analysis. “I eat XRP army shills for breakfast,” Golberg proclaimed.

First of all, I would like to point out that the word “blockchain” refers to the data structure that can...