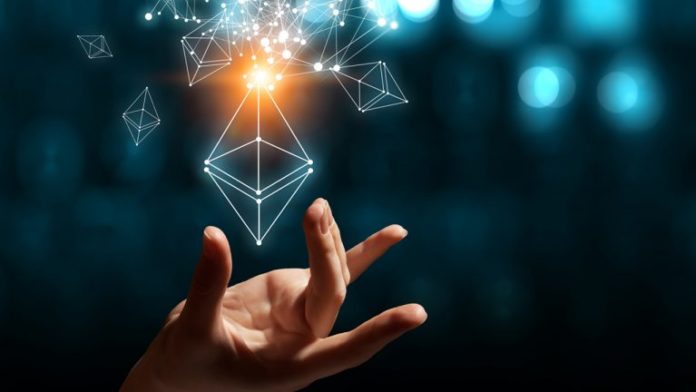 Decentralized finance (defi) applications on the Ethereum chain have been growing wildly during the last two years. Now a number of synthetic versions of bitcoin, that leverage the Ethereum chain, has outpaced offchain solutions like Blockstream’s Liquid and the Lightning Network.

Just recently, the platform Synthetix revealed a partnership with Bitgo and the Ren Project in order to create incentivized bitcoin liquidity. Now with a massive yield farming pool, tokens like sBTC, renBTC, and WBTC could easily eclipse the alternative offchain competitors.

At the end of May, news.Bitcoin.com reported on the fact that despite a number of ‘trust model’ debates on Twitter, Ethereum is the Bitcoin (BTC) network’s largest sidechain by total value locked (TVL) by a long shot. Stats stemming from the Lightning Network (LN) shows that the LN TVL on June 26, 2020, is $8.9 million. The data from Liquid.net indicates that there is 2,160 BTC or $19.7M for Blockstream’s Liquid TVL.

Now stats from the Ethereum chain blows those two statistics away, as there is over 28,000 BTC locked into the Synthetix. There is a total of $263 million TVL locked into Synthetix at press time. Additionally, data from Curve.fi shows that renBTC has been picking up significant trade volume since it’s inception.

The project WBTC, backed by Bitgo has a massive $66.9 million TVL, with 7,600 BTC locked into the defi project’s contract. Statistics from sBTC markets also show exponential growth over time. Then on June 18, 2020, the Ren Project’s Taiyang Zhang announced the yield farming pool partnership.

“This pool consists of three BTC ERC20 variants; renBTC, WBTC, sBTC. Our goal is to create the most liquid Ethereum based BTC pool available to offer traders access to the lowest slippage for trades between sBTC, renBTC, and WBTC,” Zhang wrote. The Ren Project representative also stated:

In addition to the normal yield produced by Curve Pool’s trading fees, this pool includes an attractive basket of tokens for liquidity providers: SNX, REN, CRV, and BAL. To capture all of the incentives available, liquidity providers will need to contribute sBTC, renBTC, and/or WBTC to the BTC Curve liquidity pool.

Zhang also said that behind the scenes, “Synthetix and Ren have created a Balancer pool for SNX and REN where LP Rewards are distributed in the form of BPT (wrapped SNX and REN).” The Ren Project rep said that the team is “thrilled” with the latest partnership and the team “looks forward to partaking in the early stages of defi yield farming with Curve and Synthetix.”

Despite the massive shift to the Ethereum chain with three very popular synthetic BTC tokens, both networks have been suffering from higher network fees. Not only are defi projects that offer synthetic BTC tokens being used far more often, but stablecoins on Ethereum are getting a large share of use as well.

News.Bitcoin.com just reported on Ehereum fees rising above BTC fees for a short period and with the combined recent use of defi and stablecoin tokens, ETH fees have surged to a two-year high. According to Billfodl fee stats, the BTC “fee to have your transaction mined on the next block (10 minutes)” is $0.78 at press time. Data from Bitinfocharts.com indicates that ETH fees on June 25, 2020, were $0.66 per transaction.

If the yield farming pool offering from Synthetix, Bitgo, and the Ren Project grows popular it will affect network fees going forward. But also pose a threat to BTC offchain competitors.

What do you think about the pool being offered by Synthetix, Bitgo, and the Ren Project? Let us know in the comments section below.