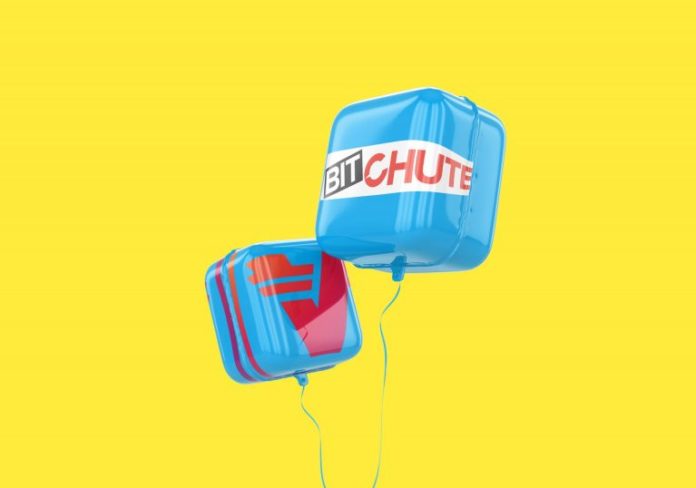 If the prospect of greater privacy and financial sovereignty doesn’t lure the masses to crypto networks, perhaps the ability to speak freely will. Lately, a lot of people who couldn’t give a damn about peer-to-peer cryptocurrency have taken a shine to peer-to-peer networks that run on the same censorship-resistant principles. As social networks run amok, deplatforming users for the slightest provocation, decentralized alternatives start to look increasingly alluring. If Youtube, Facebook, Twitter et al continue on their current path, they may become the architects of their own downfall, accelerating the exodus to web3.

Youtube Censorship Is a Boon to Crypto-Powered Video Platforms

There’s an information war raging out there on the web with everything at stake. On social media, news sites and video platforms, an almighty fight for freedom of expression is being waged. If the tech companies and media titans prevail, subjective truth will be censored, dissenters deplatformed, and human history retold by the victors. Meanwhile, the “bad guys” – normal folk who dared to voice controversial opinions or share edgy memes – will be written out of the history books altogether.

so my life has just crumbled right infront of my eyes. i cant even explain how much this hurts.

@TeamYouTube please can you take another look at this. my channel “Fainted” has been terminated. please i voice act funny posts pic.twitter.com/V0tKdYjOR0

When Alex Jones was deplatformed by Youtube, Twitter, Google Play, and Apple in the same weekend, with Facebook shortly following, critics warned this was only the thin end of the wedge. If it could happen to the nutty but harmless Jones, they prophesied, it could happen to anyone. It turns out they were right. One year out from the multilateral ousting of the Infowars.com founder, and the information war raging across the web has started to claim collateral damage. But just as life flourishes in the unlikeliest of places, be it the darkest ocean trenches or the highest mountain peaks, the free speech blitzkrieg has spawned resistance from a string of pro-crypto and anti-censorship companies including Gab, Verasity, and Bitchute. Censorship is a slippery slope, and once tech companies begin pandering to the demands of the (typically left-leaning) banhammer brigade, pretty soon everyone’s a target. There was once a time when social media platforms such as Twitter adhered to the free speech provisions enshrined in the U.S. constitution, which meant that anything was fair game, save doxxing or threats of physical violence. It shows how far the needle has shifted in the last five years that free speech alternative Gab is now viewed as radical for adhering to that same policy. Meanwhile, Facebook has employed 15,000 moderators who consult “a maze of PowerPoint slides spelling out what’s forbidden,” making the dominant social network a “powerful arbiter of global speech.”

While Silicon Valley is going for broke on going woke, inside the cryptosphere (an amorphous conglomerate of blockchain, crypto and web3 companies with no official industry body, geography or hierarchy) an antidote is being brewed. Cryptocurrency began life as a means of P2P exchange, but increasingly adversarial conditions have forced it to evolve into a system for the digitally disenfranchised. Gab founder Andrew Torba is right when he refers to bitcoin as “free speech money.”

Gab has stayed loyal to BTC through its development of the Dissenter browser and its browser plugin of the same name, that enables free comment on media websites that hate the very notion of uncensored speech. Meanwhile, Brave – the software Gab forked to create its free speech web browser – is also going strong, having just surpassed 40 million downloads. The attention-based ad model that Brave pioneered has since been developed by other crypto companies, providing additional incentives for fans to ditch the censorship-happy tech giants and switch to less partisan alternatives.

Twitter is using AI to instantly detect a meme and lockout anyone who is posting it. Scary stuff. Expect this to happen throughout the entire election cycle on every platform…… but one. You can find out what the meme was only on Gab. https://t.co/mVgxMKZR8k

Verasity is a crypto company that’s doing for video what Brave has done for web browsing. Its attention-based solution enables video publishers to serve rewarded content to their viewers. Verasity aims to drive adoption of crypto-friendly Youtube alternatives by providing means for creators to monetize their content across multiple platforms. What does this have to do with free speech exactly? Well, as Verasity points out, convincing viewers to switch to new platforms is no mean feat. It cites Pewdiepie, who got only 0.25% of his Youtube followers to transition to blockchain-based alternative Dlive. Providing an easy means for content creators to monetize from the intrepid souls that journey with them provides a safety net, reassuring vloggers that there are viable alternatives to the Youtube ad revenue model. Nevertheless, as Junseth notes in “Why an Alternative to YouTube Isn’t an Easy Proposition”:

[The tech giants] can de-platform anyone or any business by kicking them off their platform and/or by refusing to sell the website’s inventory. This means that in order for there to rise up a platform that can successfully compete with YouTube and be as profitable as YouTube, they will have to first start a programmatic ad marketplace, and then monetize their videos with it … Because … Google can reduce the price of hosting … it would be nearly impossible to host content as cheaply as they do.

Verasity is not alone in its quest. A string of other competitors is rolling out the red carpet to deplatformed influencers who’ve been deemed persona non grata on the Google-owned Youtube. (That’s the same Google that’s been going to extraordinary lengths to boot Gab off its Play store, because a subset of the free speech network’s users have been known to deploy mean words.) Bitchute, while not strictly a crypto-powered video platform, uses the same P2P torrenting technology that made Bittorrent and Bitcoin so effective. And then there’s Dtube, which notes that “Because of the decentralized nature of IPFS and the STEEM blockchain,” it “is not able to censor videos, nor enforce guidelines.” Bitcoin cash proponents also have access to Cinema.cash, an anti-censorship video platform that enables content creators to get paid in BCH. Come at the King, You Best Not Miss

For all its crimes, Youtube remains the dominant video network by a country mile. It generated $138 million in Q2 of this year alone – a remarkable increase of 220% YoY. Not everything that matters can be measured in dollars, though. When this week’s U.S. mass shootings sparked calls for further censorship (this time of the 8chan messageboard where one of the killers is believed to have shared their manifesto), Gab.com put it best to a Buzzfeed reporter:

The future of communication and the flow of information on the internet is decentralized and open source. The days of centralized data silos like Facebook, Twitter, and Google are over. The press needs to wrap their heads around this fact and fast, because the future is already here today and it cannot be stopped. Not by you, not by us, not by governments, and not by Silicon Valley.

Which platforms do you think stand a chance of capturing market share from Youtube? Let us know in the comments section below.