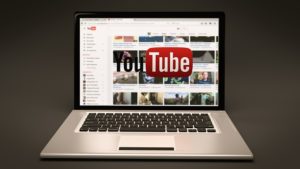 According to recent complaints by a number of people in the crypto community, Youtube has removed a vast number of crypto videos without warning.

YouTube has been the prime video platform around the world for a decade and a half now, and over the years, it has definitely had a number of issues with its creators. However, while the majority of these problems had root in real issues concerning the nature of posted content, the platform is currently cracking down on a specific topic, seemingly without any real reason.

Without warning, Youtube has recently removed countless cryptocurrency-related videos from pretty much every channel dedicated to digital coins. They did not only strike against potential scammers and YouTube nobodies, but also against well-known influencers.

Of course, it is well-known by now that YouTube is not a fan of advertiser-unfriendly content. However, unless the content explicitly breaks the company’s terms of service, it would usually simply get demonetized, and in most cases, that would be it. This is the fate that awaits content containing curse words or content deemed inappropriate for some other reason.

However, while YouTube mostly worked on clearing out the confusion by offering clarity regarding its policy and decisions, the new ban on crypto content came as a surprise, and without any kind of warning.

.@YouTube just removed most of my crypto videos citing “harmful or dangerous content” and “sale of regulated goods”… it’s been 10 years of making videos, 200k+ subs, and 7M+ views. WTF are you guys doing @TeamYouTube?! pic.twitter.com/MPcKbBVrC4

Meanwhile, the only insight that YouTube had offered on its part was an email notification to creators, stating that their videos are breaking community guidelines. The platform classified the Youtubers’ content as ‘harmful or dangerous,’ citing the ‘sale of regulated goods’ as the main issue.

Merry Christmas to you also @YouTube. Apparently a video I posted two years ago on researching crypto’s is now illegal…Rules are changing pic.twitter.com/GdGqR3RVOw

For now, there is still no insight into YouTube’s decision, or any clear reason why cryptocurrencies are targeted. However, the crypto world already started speculating about the matter, with some users thinking that it might be a security measure, or an ad-related restriction that went too far.

Meanwhile, targeted creators seem to be planning on leaving the platform in favor of a more decentralized solution, where such incidents would not be possible.

Thanks for the support and comments guys. The crypto community truly is awesome. I should’ve put my videos on decentralized platforms a long time ago, but lesson learned! This is a clear example of why we need to decentralize the web!

In addition, Twitter itself still remains a crypto-friendly platform, and in all likelihood, it will probably remain as such. Its creator, Jack Dorsey, even spoke about plans of moving Twitter to the blockchain and making it decentralized.

YouTube’s desire to please advertisers instead of supporting its own creators has been noted countless times before, and many have often claimed that this will be the platform’s eventual downfall. For now, the company did not reveal its reasons for the recent move, but it seems like it will surely lose quite a few creators because of it.

Why do you think the platform would target crypto? Join the discussion in the comments below, and let us know.

How Many Low Volume Altcoins Will Die in 2020?

In order for a crypto asset to be attractive to traders it needs to have liquidity. Without any daily volume...