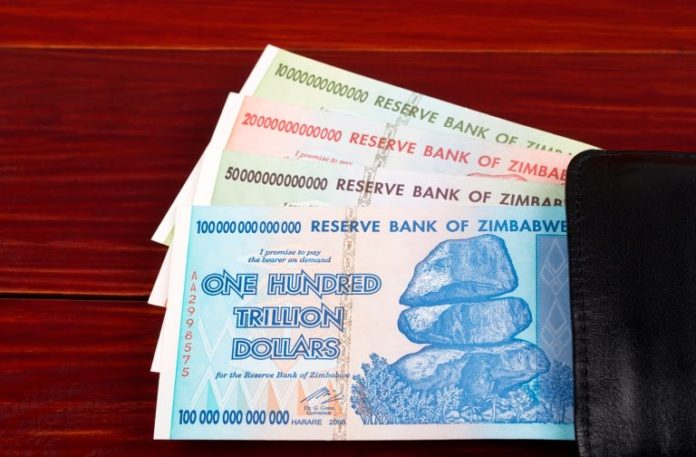 The new Zimbabwe dollar has hit the streets, with banks beginning to issue the paper currency Tuesday. The ‘Zimdollar,’ existing earlier this year as coins, e-balances, the RTGS dollar, and bond notes, was returned to in June as a replacement for the Real Time Gross Settlement (RTGS) system implemented in February. While the development represents the currency’s return after 10 years of absence, hyperinflation continues to wrack the country, and many residents are unhappy with the ‘drip feed’ issuance system of much needed cash.

After abandoning the Zimbabwe dollar due to hyperinflation back in 2009, the Reserve Bank of Zimbabwe (RBZ) adopted an international currency basket to stabilize the situation. From there, a RTGS (Real Time Gross Settlement) system was adopted in February this year, with the RTGS dollar set to be at 1:1 parity with the USD. As dollarization of the Zimbabwean economy meant that many residents were protecting their savings via foreign currencies at the time, the flip to RTGS was seen by some as an unethical move by the RBZ, which would pulverize the local value of these commonly held assets.

Fast forward to last June, and the RTGS is bid farewell, coupled with a new ban on local transactions in foreign currencies including USD. The Zimdollar was reinstated in digital form. It also was now meant to encompass coinage, RTGS and bond notes, effectively “swallowing” these previous systems.

Tuesday’s rollout of the new paper and coinage was preceded by reported delays and long lines of people waiting to grab their allotted shares. According to local media, the Governor of the RBZ, John Mangudya, says that the cash injection will be implemented gradually, leaving some Zimbabweans frustrated. A teacher who had withdrawn her money stated:

Alternative means of storing and protecting value have come under pressure from the nation’s government whose president maintains that “You were not getting money from the banks, but on Monday (tomorrow) we are going to inject more money in the banks until we reach a level where you lose appetite to go and get cash from EcoCash.” Mobile cash services such as Ecocash have been the preferred system for many residents of the country to get their hands on hard to come by cash, resulting in premiums and reported charges of up to 50%. The government recently banned such mobile services citing the welfare of the people, only to cause a massive popular uproar, resulting in a lift on the ban just days later — albeit with new limits on transactions. Regional news outlet itwebafrica.com reports that “Latest figures by the Zimbabwean central bank show mobile money accounting for 85% in transaction volumes for the half year period to June 2019.”

With inflation still a serious factor (sitting currently at around 300%), cash still running short and issues with infrastructure and unemployment yet troubling the economy, high premiums are preferred to no money at all, as alternative means of value preservation (even if illegal or gray market in nature) continue to be sought after. A professor of business studies at the University of Zimbabwe maintains:

What it means is that we will probably have more cash around to feed the black market for currency.

Free market rates and artificially set government exchange rates often diverge significantly as Zimbabweans seek to save their hard-earned value from rampant inflation by alternative means of transacting and saving. In the past this has been done by way of foreign currencies and crypto (currently not legal for banks to process) and Zimbabwe could soon see a spike in such activity should the rollout of the new Zimdollar not be everything politicians and central bankers promise.

What are your thoughts on the new Zimbabwe dollar? Let us know in the comments section below.

How Crypto Assets Are Capturing the Attention Economy

Human attention is a finite resource: we awake each day with it replenished, only for it to seep away through...