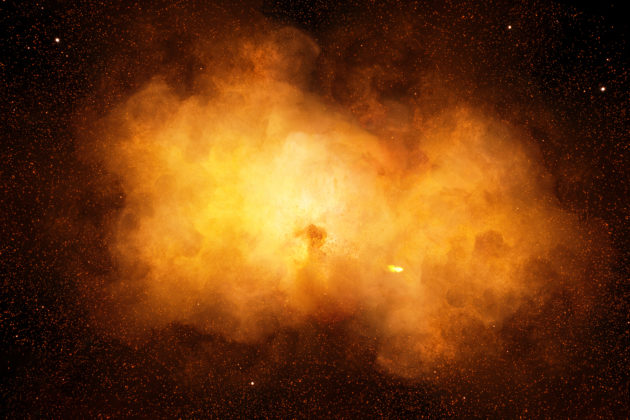 Just over 12 hours after Bitcoin crossed $10,000 for the first time in weeks, the cryptocurrency dove off a proverbial cliff.
Approximately twenty minutes ago, the crypto was hit with a barrage of sell orders that took the asset as low as $8,600 on BitMEX (seen below). On spot exchanges and some other derivatives exchanges, the cryptocurrency held the low-$9,000s.
BitMEX’s Bitcoin price chart from TradingView.com.
On BitMEX, the asset dove more than $1,500 in three minutes in a massive move that liquidated many market participants.
Data from crypto derivatives platform Skew.com shows that approximately $96 million worth of long positions were wiped with this move lower. This is notably less than the ~$125 million liquidation event that took place when BTC took out $10,000 yesterday, suggesting the market was leaning long prior to the move.
Image from Skew.com showing the value of BitMEX liquidations over the past few days.
That Was a Bitcoin Long Squeeze
While Bitcoin crashed on both derivatives and spot exchanges alike, this was a clear long squeeze. That’s to say, there were sellers that wanted to push the price of BTC down by causing a wave of long holders to close their orders one after each other.
This is evidenced by the basis — the difference between the price of a Bitcoin contract on BitMEX and a BTC coin on Coinbase.
During the crash, the basis hit -6%, showing that there was sell pressure on BitMEX that didn’t exist on Coinbase and other spot exchanges.
The move also resulted in BitMEX’s open interest metric, which tracks the cumulative value of capital in its futures market, dropping from 70,000 BTC to 57,000 BTC. This further suggests the drop to $8,600 was a futures-driven move.
What Comes Next?
Analysts have yet to react to what comes next, but the leading cryptocurrency notably remains below the crucial support of $10,500.
$10,500 is the level at which Bitcoin was rejected at two crucial times over the past 12 months: once during the “Xi Pump” and another time during February’s rally to $10,500.
The fact that the cryptocurrency has made successive takes at the level without breaking past it suggests Bitcoin remains in a downtrend.
Robert Sluymer of Fundstrat Global Advisors, for instance, recently made the following comment on the importance of the level:

“Next directional move on tap for BTC’s as bull-bear convictions are about to be tested. Bears can point to the downtrend at 10-10.5K. Bulls have the long-term uptrend (200-week sma) at their back and the past week’s resilience as BTC’s quickly rebounded from its 200-dma.”

We will be taking into account historical price trends, developments, and market opinions for LINK so that we can create...