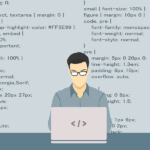 The space of blockchain development has seen an immense expansion in the past two years, and it appears to be one of the most promising app technologies to date.

If you are writing new dApp via Ethereum or another chain, you will first have to use a blockchain testnet or a substitute system for the real blockchain before launching the app. This is because if you create your app directly on the Ethereum blockchain you will have to pay for gas usage. This is not advantageous as you would have to pay for an app that you haven’t tested yet.

Also, an untested app might have programming flaws, and seeing as the blockchain is immutable, all changes are permanent and cannot be subjected to further modification.

This is why a testnet is a useful blockchain developer tool. It allows you to test the program before deploying it on the mainnet. Testnets are exact copies of the original blockchain but Ether has no value here.

There are three types of testnets: public, private, and GanacheCLi.

Public testnets can be accessed by anyone that has an internet connection and interact with other tools such as MetaMask and MyEtherWallet. Public blockchains are Ropsten, Rinkeby, and Kovan.

Private blockchains can only be accessed by the team of developers working on their respective project. These testnets are free to create but they require a percentage of the CPU power and disk space. After the testnet has been finished, the developers can make it go public.

GanacheCLI (formerly known as Testrpc) is a blockchain emulator which can be easily customized. It acts as a copy of the Ethereum network and enables you to make modifications to the blockchain without any having to run a real Ethereum node. This blockchain developer tool can basically be used as a testnet.

3. BaaS: blockchain as a service by Microsoft

BaaS is one of the blockchain developer tools that is a paid service. It has been created by Microsoft Azure which can be used by developers to create “blockchain apps smart contracts, and functions on the blockchain while the cloud-based service provider manages all the necessary tasks and activities to keep the infrastructure agile and operational.”

BaaS servers as a safe and cheaper environment for dApp development and deployment that supports various blockchains including MultiChain, Eris, Storj, and Augur. BaaS takes care of all the complex backend necessities for a setup fee so that developers can launch the blockchain with just a few clicks.

Mist is not only a software that allows you to store Ether or send and receive transactions but it also features blockchain developer tools for smart contract deployment.  The Mist application is the official Ethereum wallet created by the development team. Here you will be able to build dapps on the Ethereum blockchain or on its testnet.

For the execution of your own smart contract, you will be required to spend some Ether to run on the network. Keep in mind that this is a full node wallet which means that you will have to download the entire blockchain.

Coinbase’s APIs is a blockchain tool that allows the creation of new bitcoin apps and the integration of bitcoin into other applications. This system features a variety of functionalities such as collecting read-only data and creating entirely new programs.

In addition to this, the system can also be used to build bitcoin wallets and addresses, or make bitcoin transfers worldwide. Several client libraries and mobile SDKs are also available.

Embark is a framework for Ethereum dapps that permits the creation and deployment of dapps and serverless html5 applications based on decentralized technologies. Developers are able to build new smart contracts and then make them available in JavaScript code. Embark also keeps tabs on all modifications made, and it will automatically update the contracts and the dapp based on it.

This user-friendly blockchain developer tool was created back in 2014 to help coder write the script for their smart contracts. The only programming language which currently can be used in Ether Scripter is Serpent.

Solc is a compiler for programs written in Solidity, the native code of the Ethereum blockchain. Many Ethereum nodes already have an in-built solc implementation, but it also comes in a standalone module that can be used for compiling offline. This is a useful blockchain developer tool if you want to compile a program without using any external node.

Geth is an Ethereum node implemented in the Go programming language. Basically, Geth is a software that has the functionality of node from the Ethereum blockchain. Geth has many functionalities including the mining of ether tokens, address transfers, smart contract deployment and execution on the Ethereum Virtual Machine, and many others.

Tierion can be used to create a verifiable database containing any kind of data from the bitcoin chain by providing blockchain developer tools & API to introduce the data. Tierion does not rely on any intermediaries as it has its own open standard called ChainPoint that records data and generates receipts which contain all the needed information.

Remix is a compiler in which you can write small contracts in the solidity program language. Here you will be able to deploy your contract on the blockchain and you can interact with the functions you have programmed.

Remix can be used in the browser or locally and it also supports testing, debugging and setting up smart contracts in addition to other functions.

If you are a developer just starting to learn the technical aspects of dapp implementations, the above-mentioned blockchain developer tools will be of great help in your learning journey.

The Bahrain Economic Development Board is inviting Indian firms to take advantage of the opportunities its country has to offer...