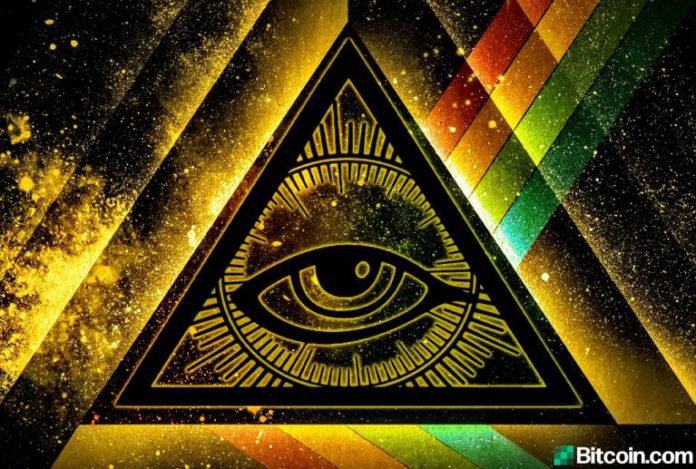 On Wednesday, U.S. Congressional leaders had seemingly come up with a stimulus deal at around 1 a.m. EST. The package will cost upwards of $2 trillion and politicians are promising direct payments of $1,200 per American if they make $75,000 or less. The dollar injection will be the largest financial measure ever enacted by Congress in an effort to boost the faltering U.S. economy during one of its most challenging periods in history.

US Lawmakers Promise $1,200 Payments to Citizens

During the last week, the U.S. has been dealing with the coronavirus outbreak and the effects on the American economy. Since the virus touched American soil, politicians have been enacting executive orders like closing borders, shutting down major U.S. industries, and ordering regular citizens to stay at home. The bureaucracy’s measures have stunted the American economy and sent shockwaves through the stock market, the real estate industry, and pushed unemployment levels through the roof. Meanwhile, for a few days now, Republicans and Democrats have hashed out a stimulus plan to help businesses and citizens deal with the financial hardships they have been facing. During the early morning hours of March 25, White House legislative affairs director Eric Ueland told the media “We have a deal.”

One part of the stimulus plan includes sending money to individuals and families with an adjusted gross income of $75K or less. People within this income bracket are being promised $1,200 checks based on their 2018 income tax filings. People with children will be eligible for $500 per child and singles without children who make $99K will be ineligible. Couples without children who have an adjusted gross income of $198,000 or more will also be removed from the stimulus plan.

Meanwhile, a large sum of the cash injections will be sent to bolster the airline industry and Wall Street in order to get corporations on their feet again. Financial incumbents will get “unlimited bond-buying” and three separate credit facilities from the Fed. The Fed has already been pumping trillions into the hands of private banks but the stimulus package for small- and medium-sized American businesses will come in the form of loans. The 2020 package ostensibly will create a new “main street lending program” that will offer $300 billion in financing for smaller companies in need.

No one truly knows how all of this money will be dispersed especially when it comes to American citizens. Wall Street, U.S. hedge funds, and financiers have already had access to trillions during the last two weeks. Speculators believe the cash handout will cause major disruption in the U.S. by inciting class warfare and even more liquidity issues. Moreover, politicians are talking about introducing a “digital dollar” and privacy advocates are afraid the U.S. bureaucracy will kill physical cash in the near future. There is speculation about a Fed-based CBDC (central bank digital currency) or a stablecoin token similar to tether (USDT).

Cryptocurrency advocates are not impressed by such talk as most of them understand these digital currency concepts will be nothing like the network Satoshi Nakamoto created. If a “digital dollar” is headed to a theater near you, it’s guaranteed to be privacy-invasive, crammed with KYC/AML protocols, and extremely centralized. Bitcoin, on the other hand, is the very opposite of the concepts being pushed by politicians and central bank governors. Nakamoto created a peer-to-peer electronic cash system that is permissionless by nature and was fundamentally designed to invoke economic freedom. The modern U.S. monetary system is fundamentally designed to stunt growth, pillage people’s wallets with hidden inflation, and track everyone’s financial transactions.

The possibility of the U.S. government changing the monetary game for parasitic ends is quite probable, especially in times of crisis. For instance, Shoshana Zuboff’s latest novel “Surveillance Capitalism” describes how free services and cash injections are the perfect onramps to monitor people’s behaviors and financial transactions without consent. “Surveillance capitalism,” she writes, “unilaterally claims human experience as free raw material for translation into behavioral data. Although some of these data are applied to service improvement, the rest are declared as a proprietary behavioral surplus, fed into advanced manufacturing processes.” Zuboff’s book further notes:

Surveillance capitalists have grown immensely wealthy from these trading operations, for many companies are willing to lay bets on our future behavior.

The $2 trillion 2020 stimulus package is still not set in stone as far as official approval is concerned. It very well could be stopped by certain leaders and nobody knows how Congress plans to execute the delivery of these funds, as settlement is still up in the air.

What do you think about the $2 trillion stimulus plan agreed upon by certain U.S. lawmakers today? Let us know in the comments section below.

The post $2 Trillion for Surveillance Capitalism – US Government Promises $1,200 to Every American appeared first on Bitcoin News.

3 Ways to Save Money with a Home Warranty

Back to Work! China’s State Cryptocurrency is Coming!

After a bill to introduce a “digital dollar” circulated in the US this week, the Chinese leadership apparently wants to...