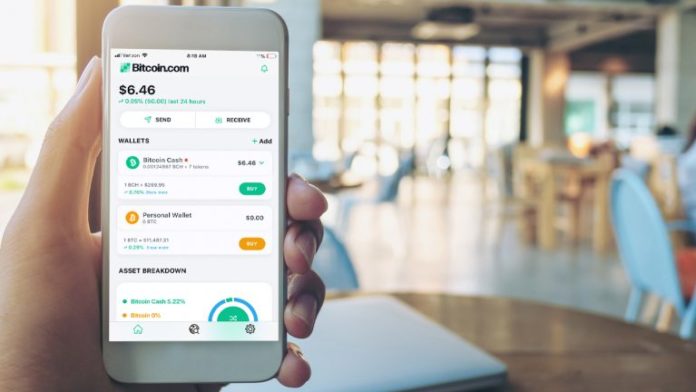 A record 3.5 million crypto wallet app downloads were recorded in July 2020, representing an increase of 81% when compared to the same period last year. In addition, the number of active users went up by 110% between January 1 and August 19, 2020.

According to a report authored by Madeline Lenahan of Apptoppia, the increase in the number of crypto apps downloads is observed right after countries began imposing lockdown measures in the wake of Covid-19.

In the previous year, the number of downloads averaged just under two million, with the month of May and June being the only time when this mark is passed. Explaining this year’s increasing downloads, Lenahan, says “they didn’t think it would last but were surprised to see that the trend has persisted for a few months.”

Lenahan offers another possible reason for the growth in wallet downloads:

“Cryptocurrency is becoming increasingly mainstream in emerging markets, particularly in regions of Africa. Crypto.com, for instance, has seen a 339% increase in new installations from Nigeria in the past 90 days. Coinbase has seen a 113% increase there.”

Apptoppia’s data shows that Coinbase and Crypto.com have the highest number of users per day with 969,000 and 576,000, respectively. Some of the wallet applications making it into the top ten include Blockchain, Luno, BCH, BRD, Trust and Binance.

Also, recent data from Bitcoin.com shows Nigeria accounting for a greater number of Bitcoin.com Wallet downloads between August 10 and 16. From the total number of downloads of 18,613, Nigeria had 3,473 wallets ahead of the United States, which had 2,802 downloads. The same data shows India in the third position with 1,420.

Both Apptoppia and Bitcoin.com show that Nigeria is cementing its position as one of the biggest cryptocurrency markets in the world.

Meanwhile, in his comments on the increasing download of wallets, mobile app developer Adem Bilican said: “Mobile is the way to go for blockchain and cryptocurrencies mass adoption, I am super happy to see these numbers.”

Lenahan believes August is likely to set another record as the rate growth appears “real and is lasting.”

What do you of the increased wallet downloads so far this year? Share your thoughts in the comments section below

The post 3.5 Million Crypto Wallets Downloaded in July, Active Users up 110% in the Year appeared first on Bitcoin News.

A survey of Argentina’s citizens shows that 73% believe cryptocurrency is the most effective saving method in the current economic...