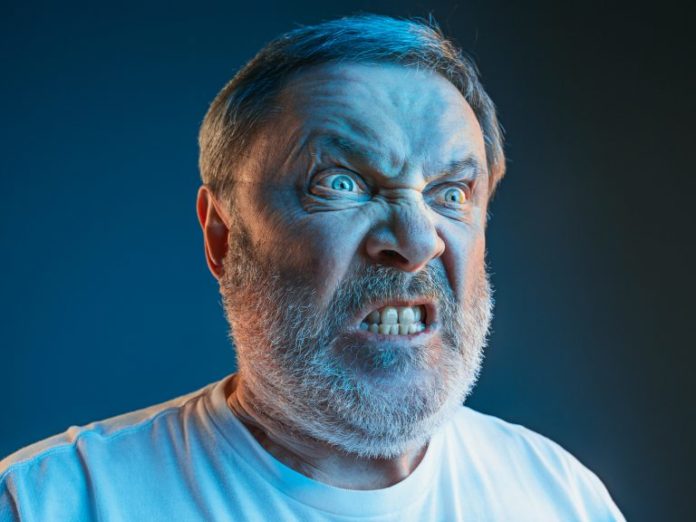 There’s something about Bitcoin that stirs up strong emotions in people. Libertarians love it. Anarchists adore it. Cypherpunks crave it. But not all of the emotions Bitcoin engenders are positive. Bankers fear it, politicians distrust it, environmentalists resent it, and a few people, why, they veritably hate it.

Also read: 30 People Who Were Really Wrong About Bitcoin

The People Who Love to Hate Bitcoin

When people develop an aversion to something, their immediate instinct is normally to steer clear of it. Be it baths or Bitcoin, if you loathe it, you’re prone to avoid it at all costs. For some masochists, however, steering clear isn’t an option. Like a wobbly tooth they can’t resist prodding, they keep returning to Bitcoin time and again, fascinated and repulsed in equal measure.

These subjects are prone to defend their Bitcoin obsession on the grounds that they’re simply trying to protect innocent investors from succumbing to its wiles. “Rat poison squared” as Warren Buffet memorably dismissed it. Their inability to leave Bitcoin alone, however, betrays a deeper fear: that the cryptocurrency may achieve global domination, rendering their life’s work redundant. In this framework, Bitcoin’s haters are less motivated by altruism for the innocent than by an existential dread that, should it prevail, they risk being proven wrong and ridiculed. Like moths lured to an open flame, the following subjects just can’t seem to escape Bitcoin’s orbit. David Gerard’s hatred for Bitcoin is biblical. If the writer was terminally ill and Satoshi Nakamoto handed him the cure, Gerard would likely refuse to take it on principle. He fills his days screeching at all things crypto, but reserves particular disdain for Bitcoin, the demon that spawned them all. Best known for his blog “Attack of the 50 Foot Blockchain,” Gerard’s work can also be found on sites like Foreign Policy, where he crafts such impartisan articles as “Forget Bitcoin, Try Your Mattress – Cryptocurrency is about as safe as keeping your money in a sock under someone else’s bed.” He also penned a guest post for The Block titled “The problem with Bitcoin.” The problem with Bitcoin, it transpires, is everything. Gerard finishes his tirade in Krugman-esque terms, opining:

There’ll be something called “Bitcoin”, descended from the present software and blockchain, for decades. It just takes two interested people, after all. How much it will interact with the rest of the world is an open question. Most new technologies don’t really go anywhere, after all.

“Dr. Doom” is the poster boy for Bitcoin hating, and his proclamations don’t need repeating for the umpteenth time. Like a broken clock, Roubini is occasionally correct – as is David Gerard – in taking down fraudulent ICOs and things that don’t need to be on the blockchain. Both merchants of doom have called wolf too many times, however, giving bitcoiners cause to dismiss their every utterance out of hand.

In good company with Gold. @Convertbond: While everyone was focused on Gold and Silver, #BITCOIN dropped another 40%, traded below $58

Nouriel Roubini isn’t the only economist who struggles to understand the economics of Bitcoin. The man who famously wrote: “By 2005, it will become clear that the internet’s impact on the economy has been no greater than the fax machine’s” is similarly skeptical about Bitcoin. In 2013, he penned a NYT op-ed titled “Bitcoin Is Evil” and has been sporadically sniping at it ever since. “BitCoin” as he calls it, is backed by nothing, has no intrinsic value and “Its price rise has been driven purely by speculation – by what Robert Shiller calls a natural Ponzi scheme.” Proving he’s not a complete technophobe, however, Krugman has a hot take to share: he believes Bitcoin’s underlying blockchain is interesting.

Constructive criticism of Bitcoin is healthy. In fact, some of Bitcoin’s biggest critics are also its biggest proponents because they recognize that only through picking apart the cryptocurrency and eyeing it through a questioning lens can it be improved. Wherever Bitcoin goes, and whatever sort of financial system it spawns, it will never be good enough for the Roubinis and Gerards of the world who will go to their deathbeds still spitting bile at the cryptocurrency they loved to hate.

Which other public figures detest Bitcoin? Let us know in the comments section below.

The post 3 People Who Hate Bitcoin With a Passion appeared first on Bitcoin News.

A group of lawyers from some of Canada’s top law firms convened in a court in Halifax, Nova Scotia, today...