Blockchain-based crypto-tokens can be issued on the Ethereum. There are different token types that may be deployed on Ethereum. One such, the ERC20 token standard, has become a favorite of developers. The intriguing projects which are issuing ERC20 tokens – mostly via the new  way of raising funds, the ‘initial coin offering’ – are a testament to the functionality of the Ethereum system.

Tokenization refers to securing asset information on a public ledger or blockchain. Tokens are able to be traded in a peer-to-peer fashion. The ERC20 token standard can be implemented into the decentralized applications (Dapps) for which Ethereum is known.

ERC20, as a central Ethereum’s token standard, enables developers to code their own interoperable tokens adapted to numerous use-cases, while being easily exchangeable and compatible with dapps. We take a look at 5 ERC20 projects, these come in no particular order.

Augur (REP) is to be an open-source and decentralized prediction market. Augur has received support from the Thiel Foundation, as well as Ethereum’s Vitalik Buterin.

Software development began in early autumn 2014. An alpha version was released in June 2015. Between August to October 2015, a global crowdfunding campaign raised $8 million.

The use of Augur’s prediction market lies in its possible ability to create more specific and accurate predictions on a range of topics from pundits and pollsters to forecasts.

Cryptocash is a project by Everex, a blockchain startup that has already made noise in the remittance sector. The team believes that by representing fiat currencies on Ethereum as ERC20 standard tokens, distributed technology could be more quickly adopted by the mainstream.

Everex is partnering with licensed financial institutions to provide infrastructure for Cryptocash issuance and distribution, including commercial and investment banks, insurance companies, brokerage houses and other financial players.

“The primary applications would be global remittances and online payments,” writes Everex on its blog. “However, we see Cryptocash as a part of a much bigger picture. With Cryptocash issued and circulated around the world, 3.5 billion unbanked users will receive access to financial markets and credit lines. These users can conduct their businesses more efficiently, and global crowdfunding campaigns can be launched and implemented with much higher outreach and transparency.”

Digix (DGD) is looking to leverage smart contacts on Ethereum to transform how digital gold and silver is traded. The team argues that a decentralized asset exchange can do away with the high fees typically associated with trading gold and silver.

Digix says gold and silver can be traded via ERC20 tokens at zero cost. Their gold-representing ERC20 tokens are even more divisible than physical gold, as its as easy to send one thousandth of a gram of gold as it is to send a kilogram.

Many experts contend Ethereum’s best use might be in some way decentralizing online gambling. “Each dice roll is provably random and crypto-graphically secure thanks to the nature of the Ethereum blockchain,” explains Etheroll. “It is also relies on random.org a third party for its randomness. Players can set their own odds using our unique web-based UI. Whitepaper here.” 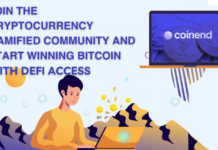 Bitcoinist - October 21, 2020 0
Ethereum’s price has been significantly underperforming that of Bitcoin as of late While the benchmark cryptocurrency is now trading at fresh yearly highs, Ethereum is...

How to get $100 Free Cryptocurrency in South Africa