Since the late 1990’s, retail traders have had access to a plethora of products to trade. As a result of improved internet access and market deregulation, individuals now have access to the same trading products as professionals working for large banks.

Whether it be foreign exchange (Forex), stocks, commodities, bonds, or even contingent liability products that can generate losses that exceed a trader’s initial deposit, such as futures and options – retail traders can trade almost any asset class imaginable, whether it be via direct market access or contracts for differences (CFDs).

Insatiable growth in market access may seem glorious at first but hidden beneath the surface, is a sour tale of complexity and excessive risk-taking that is costing retail traders substantial amounts of money.

Statistics show that around 90 percent of retail traders will lose their entire account balance within the first six months of trading. Many of said traders will feel an overwhelming urge to re-deposit on several occasions in a desperate attempt to win back the money they’ve lost – only to find themselves even deeper in the red. 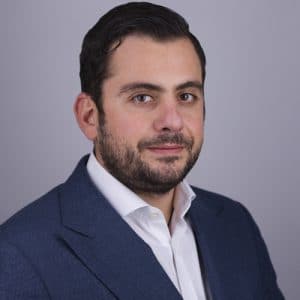 The fact of the matter is that retail trading may seem highly accessible and straightforward, but in fact, it is a highly complex endeavor given its structure and method of operation. So much so, that it attracts and encourages a gambling mentality, as opposed to methodical trading that generates a consistent profit over time.

With all that being said, there is an alternative that may well suit retail traders somewhat better: cryptocurrencies.

Cryptocurrencies offer a far more transparent, and in many ways “fairer” option for speculative traders as well as investors. But before I delve into crypto, let’s go through what the problem is with Forex.

A DNA Analysis of Forex Trading

Forex is now one of the most popular asset classes for retail traders given its 24 hours of operation and seemingly attractive potential to generate profits. Forex has been popularised by the media and even more so by retail brokers via marketing campaigns that entice clientele with promises of financial liberation and consistent profits.

Despite being highly popular and the wider industry being at the peak of its powers, retail Forex trading is not a simple money-generator as brokers advertise it to be.

Traders are in fact trading derivative products based on “margin” and “leverage.” In other words, trading capital at much higher multiples than the trader’s account balance can realistically handle.

Leverage has made it possible for individual people to speculate on the financial markets, even with comparatively small levels of funding. Not so long ago, only specialized firms or extremely wealthy individuals were able to speculate on the movements of currencies, equities, and commodities. The practice was highly specialized, and the barriers to entry were extremely high.

Not only that, IT was not capable of delivering a robust trading solution to the average person. Nowadays, everything has changed – almost anyone can open a trading account and try their hand at trading as long as they have a few hundred pounds, dollars, or euros and a device with an internet connection.

Given the fact that currencies (and other asset classes) are not actually as volatile as they are portrayed, leverage helps to create profits and losses within fairly stable markets.

The way leverage works is by artificially inflating the purchasing power of a trader’s initial deposit by several hundred times so that his/her initial $1,000 deposit quickly becomes $100,000 (100:1 leverage) or even $500,000 (500:1 leverage) when placing a trade.

The result is that traders are experiencing profit and loss swings as if they were trading with $500,000, while their actual account balance is $1,000. A basic understanding of mathematics should tell you what happens next.

Taking this into consideration, it is important to realize that it is not leverage per se that is the undoing of novice traders, but rather, its misuse concerning their deposit.

Brokers have realized that in order to attract retail customers in large numbers, trading had to be made accessible and worthwhile. Leverage was the solution, and unfortunately, it has made a bad name for itself on the back of traders’ tendency to over-leverage under a cloud of greed and misunderstanding.

Not just retail traders have had this problem. Leading up to the financial crisis in 2008, many asset managers, investment banks, and institutional investors found themselves grossly over-leveraged in their investments.

Their objectives and expectations were different from retail traders, but the desired outcome was the same – higher profits. Since then, most institutional investors have deleveraged on a mammoth scale, but the retail trading community continues to request highly leveraged accounts from their brokers. This is probably because retail traders are more likely to trade with smaller deposits, (yet have the same desire for wealth accumulation), so to have any chance of generating a livable income from their trading requires higher leverage.

It’s quite ironic that leverage is the last thing a beginner needs, and yet, it’s one of the most attractive tools for beginners. So much so, that as leverage for retail traders was restricted in both the US and Japan since 2008, active retail clients in those regions have fallen as a result.

The Ugly Truth behind Retail Trading

Trading any asset class with higher leverage or within volatility periods requires complicated calculations and requires disciplined risk management in every decision.

In retail Forex trading traders are therefore exposed to the following risks:

In addition to these three major risk factors, traders typically trade Forex from a trading account with a different base currency to the products they are trading, which adds further currency exchange risk.

Traders are also charged a commission on every trade as well as paying an in-built commission in the form of the “bid-ask spread.”

If the trader decides to hold overnight positions, he/she is also exposed to rollover fees for every night the trade is held open, thereby generating additional costs.

All of these seemingly small costs and fees stack up pretty quickly, especially if traders are making several trades each day, otherwise known as “scalping” – currently the most popular trading strategy employed by retail traders.

The combination of incrementally accruing costs, overleveraging and asymmetric risks generated by market events, therefore, makes retail Forex trading highly prohibitive, and in turn, creates the ideal conditions for traders to lose most, if not all, of their trading capital.

The most popular exchange deposits are calculated either in US dollars or via other cryptocurrencies such as Bitcoin and Ethereum. Also, cryptocurrency trading carries no leverage and traders can access the market directly each time because of a lack of middle-men.

Commissions are also far lower, while the bid-ask spread is generally wider, given the lack of market-makers. The venue through which a trader places his trades is directly linked to the exchange and prices are far more transparent as a result.

There are also no rollover fees or margin calls which means traders are effectively buying or selling the underlying asset as if they were trading physical stocks or property. This also means that any trade placed could be taken on as a long-term investment, and not just as a short-term trade that racks up compounding fees.

Similar to a company’s stock, the greatest risk threatening cryptocurrencies is the probability of it ceasing to exist, or the “risk of default.” In this case, the trader would lose his/her entire investment – something that is assumed cannot happen with a major currency such as the US dollar.

Given the lack of leverage, cryptocurrencies allow traders to maintain their positions regardless of whether a market is going up or down, with forced liquidations due to market volatility and market risk becoming a thing of the past.

In Forex it’s the exact opposite – even if traders back the right direction of a particular currency pair, extreme volatility (or even changing margin requirements by brokers) can force liquidation of their trade, often without the trader being able to do anything about it (unless they make an additional deposit of course).

Ushering in a New Dawn in Retail Trading

In many respects, cryptocurrencies should be seen as trading aspirational tech stocks rather than Forex. The trading conditions facing crypto traders are less prohibitive and offer far more room to maneuver for traders.

Effectively, cryptocurrencies are de-facto investments in new ideas and technology. The market can also be volatile and go up and down like a yo-yo, and there is the potential risk of a cryptocurrency losing its luster amongst investors and going out of style rather quickly – many still remember Pets.com rather vividly.

However, traders or investors have a far greater degree of success purely from a pragmatic mathematical perspective because there is greater transparency and far fewer roadblocks to crystallizing a profit.

All asset classes will undergo price volatility, sometimes for reasons, no one can explain, but at least it is better trading in a market that is secure, low-cost, accessible and transparent as opposed to a market that is splintered, opaque, expensive and poorly regulated.

For all traders out there: the choice is yours.