Over the past twelve months we’ve seen an array of opposing positions taken regarding the cryptocurrency markets. Some continue to regard the market as being akin to the Tulip Bulb mania of 17th century Holland.

Others see Bitcoin and cryptocurrencies in general as being the future of currency and believe it is only a matter of time before we’re paying for our takeaway pizza with some sort of virtual token.

As with most things in life, the answer tends to lie somewhere in the middle. Last week, researchers at the Institute of Nuclear Physics in Poland published a paper that claims the Bitcoin market follows many of the same numerical patterns that traditional markets have.

To get to the bottom of those results and put them into low-iq, non-maths genius terms, we spoke to Stanislaw Drozdz, one of the lead researchers on the paper and the Head of the Complex Systems Theory Department at the Institute of Nuclear Physics.

How did your research come about and did you receive any 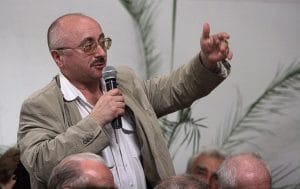 funding for it from within the cryptocurrency industry?

One of the primary questions that drives our scientific activity in the Complex Systems Theory Department can be formulated as follows:

‘How do creative patterns in Nature emerge out of randomness and what are their most essential characteristics?’

This opens room for addressing a variety of issues that include biological and social systems. The financial markets are obviously included here as their development offers one of the most significant quantitative indicators of the organization of contemporary civilisation.

Our interest in crypto arose in March this year primarily from this fact. My team and I already have a lot of documented experience with the conventional financial markets so I think our present crypto-study is competent and reliable.

There was no funding from anyone. We, in parallel, are conducting research on several other subjects – totally unrelated to finance – including quantitative linguistics.

Can you explain, in layman’s terms, what it was that your research found?

Our research found that, as of March 2018, the Bitcoin market, through the steps of gradual self-adoption since its inception, is already obeying the same kind of price-fluctuation patterns as the world largest conventional markets like the S&P500, currency exchange market, oil or gold.

This refers to both, the magnitude of the relative changes of prices as well as to the temporal arrangement of those changes. Of course, this similarity is quantified in rigorous statistical terms.

Given the mistrust and uncertainty surrounding cryptocurrencies, do you think that the mathematical similarities you found between the Bitcoin and traditional markets will translate into a real-world scenario in which virtual currencies come to rival traditional markets?

I prefer to avoid speculation. There is of course a lot of mistrust and so on, which is natural when some new quality, in this case Bitcoin, emerges but the facts are what they are – the Bitcoin market does bare a strong similarity to traditional markets.

On a related note, let’s also remember that already there are many people who believe and trust in Bitcoin. Currently they are ready to pay several thousand US dollars for one Bitcoin unit. Not long ago, in 2009, 10,000 of that same unit were exchanged for 2 pizzas.

The large drawdown that Bitcoin has experienced since December last year is also natural in global, mature markets – see oil in 2008 for example. Furthermore, Bitcoin has already started assuming a recovery trend.

Given its similarities to traditional markets, do you think traditional financial regulation will be able to properly govern the Bitcoin market?

Bitcoin is, by its very nature, decentralized and the total amount of crypto-units is limited – this may constitute one of those factors that determine its value, although it is only the global market that will reveal that; not humans as individuals.

But it being decentralised and having a limited supply may mean that any regulation will have to be more unique to address the nuances of the Bitcoin market.

There were some in the first few years of Bitcoin trading but they gradually disappeared. When we first looked at the data, it didn’t actually look particularly promising. But on closer inspection, it became clear that the differences between the two were coming from the first two years of Bitcoin trading. Once the market had started to shape itself, those differences, as noted, started to disappear.

Has your work led to any offers of work within the cryptocurrency industry and, if not, is that something you see yourself doing?

No and I am not trying to expose myself to the industry either. Aside from a lot of teaching duties, I am very busy with my other research, particularly on linguistics and social emotions. Still, it’s funny to see my students point to comments and discussions going on around the world [regarding the paper].

Swissquote, a provider of online financial and trading services in Switzerland, has announced that its clients can now participate in initial...