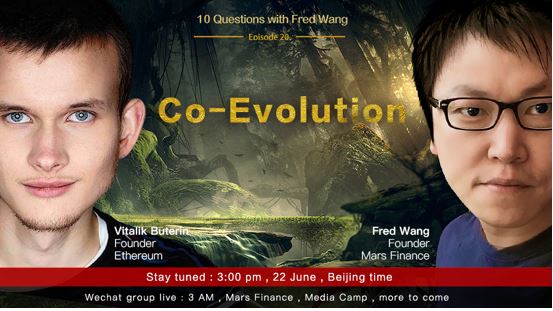 Two cryptocurrency innovators recently met up for an explosive interview that uncovered some of the secrets of the market that were, to date, well-guarded by crypto insiders. Now available and accessible, at all times, to every new and seasoned investor, the information revealed during the conversation between Mr. Fred Wang and Mr. Vitalik Buterin during the 20th episode former’s show, 10 Questions with Fred Wang, a show executively produced by Vivi Lin, a prominent Chinese TV personality. It promises to serve as a guide for all those who are looking to become long-term players in the market through gaining a better understanding of its principles and workings.

Before delving into the specifics, it is worth mentioning some of the impressive achievements of both the interviewer and the interviewee. Mr. Fred Wang is a serialpreneur, who went on from establishing a gaming company listed in HK — Linekong Group (HK.8267), to founding Mars Capital, an information service platform focused on the blockchain industry. In addition to the latter, Mr. Fred Wang went on to cofound Geek Founders Capital, which has so far invested in over 100 promising startups in the mobile and web industry. Known for his candor and keen insights into all matters concerning application software, the Internet, as well as the blockchain, Mr. Fred Wang juggles all his roles with unprecedented finesse and ease. His forthright and relatable manner is what has undoubtedly made his show, 10 Questions with Fred Wang, a smashing success in China, while its popularity is quickly growing in other countries, too.

It came as no surprise, then, that Mr. Fred Wang’s personality meshed so well with that of his interviewee, Mr. Vitalik Buterin, whose name will be writ in gold in the history of cryptocurrency. The Russian-Canadian programmer is a co-founder of Ethereum, the second-largest cryptocurrency with a current market value of approximately USD 53.6 billion. Mr. Vitalik Buterin is also a co-founder of Bitcoin Magazine, in which he published his seminal article, Ethereum: ANext-Generation Cryptocurrency and Decentralized Application Platform, on January 23, 2014. Mr. Vitalik Buterin rarely gives interviews, so his appearance on the 10 Questions with Fred Wang show marks one of the few times he has chosen to share his wisdom with the public, and as such greatly honored Mr. Fred Wang by accepting his invitation. 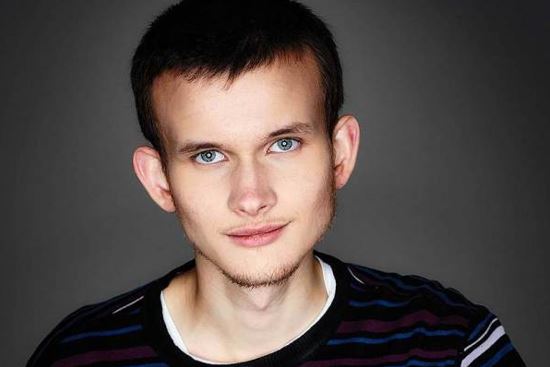 Mr. Fred Wang credits Mr. Vitalik Buterin with creating what he calls an “evolution” world through Ethereum’s inception, which “introduced a new era in smart contracts”, and “triggered the global prosperity of the cryptocurrency market.”

The interview started off with Mr. Vitalik Buterin commenting on the evolution of the Casper mechanism, saying that “The core idea behind Casper is to combine together chain-based proof of stake with deals from traditional Byzantine fault tolerance (BFT) research, like Lamport, Paxos, PBFT, etc. Many asked us, why not just use those traditional algorithms directly? However, we believed that those algorithms are both too complicated and not well suited to the format and needs of a blockchain, and so we studied the algorithms and created a version that we believe is simpler and more suited for a blockchain context.”

Touching on the hot issue of mass blockchain application, Mr. Fred Wang asked Mr. Vitalik Buterin to list the key factors that prevent it from happening. The Ethereum pioneer explained that “The main challenge with getting blockchain tech adopted in other industries is that the existing level of inefficiency is lower, and so it’s more difficult to convince people to accept the inconveniences of current public blockchains, like long confirmation times and high transaction fees. The technology is still being developed, and I expect a few years from now, the state of blockchain scalability will be much better, we will have good techniques to do efficient transactions, and better privacy solutions, and we will see more adoption. I personally think pure PoS is enough; adding more components just makes it more difficult to analyze.”

Not one to overlook the Chinese cryptocurrency scene, Mr. Fred Wang wanted to hear Mr. Vitalik Buterin’s overall impression of the blockchain projects coming out of his native country, of which his interviewee said “I think that the quality of Chinese developers in the blockchain space has definitely been improving lately (…) I feel the main challenge in China has been on the research side (…) That said, I have been starting to see more academic papers coming from China recently and have hopes that the research side will improve.”

Concluding the interview, Mr. Vitalik Buterin shared his opinion on the potential entry of Internet giants Amazon, Apple, Google, Facebook in the cryptocurrency and blockchain market, saying “I think they’ll participate in the blockchain industry, but I don’t think they will be able to control it. Unlike the internet, where the idealists saying it would lead to more decentralization were only a small part of the story, in the blockchain, maintaining decentralization is a core interest, and so many people will push back against the companies attempting to control the industry. And ultimately, they don’t really have a way to control platforms like Ethereum.”

The full interview transcript can be read here.

10 Questions with Fred Wang’s executive producer is Ms. Vivi Lin. The show’s episodes, including the one hosting Mr. Vitalik Buterin’s interview, can be found here.