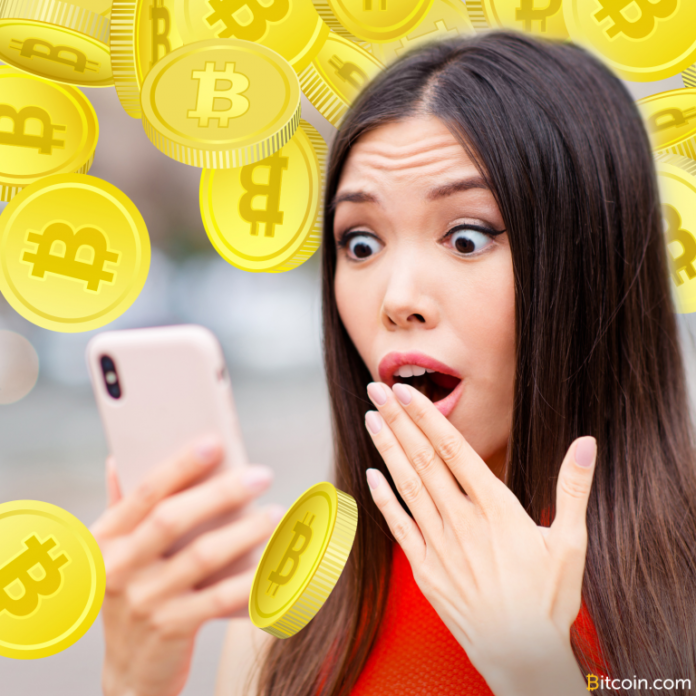 A South Korean crypto exchange mistakenly sent its customers BTC and other cryptocurrencies due to an error during an airdrop. Some users immediately sold the coins, causing the prices of a number of cryptocurrencies on the exchange to sharply fall. The exchange said, however, that the majority of customers have agreed to return the funds.

South Korean cryptocurrency exchange Coinzest reportedly sent its customers BTC and other cryptocurrencies while trying to airdrop WGT tokens. The exchange posted a notice on its website that at approximately 18:30 p.m. Korean time on Jan. 18:

The WGT token airdrop process caused a computer error that incorrectly reflected the deposit details of some customers’ assets … we took measures to immediately check the server to prevent any additional damage as a result of the sales and purchases of some misappropriated assets by some customers.

The exchange’s computer program “allocated a particular cryptocurrency to the event,” Sedaily explained on Monday, noting that “Coinzest originally tried to airdrop 30,000 WGT coins, but accidentally entered data to airdrop other coins.”

An official of the exchange said that about 400 members were supposed to receive WGT tokens, Hankyung publication reported, adding that other cryptocurrencies such as BTC and ETH were sent to members’ wallets. The news outlet elaborated that “about 10 members tried to sell about KRW 600 million worth [~$530,000] of cryptocurrencies or to withdraw money in Korean won even though they recognized the mistake of depositing money and computer errors. [Therefore] there has been a problem of rapid price decline.”

The price of BTC and a number of other cryptocurrencies on Coinzest subsequently plummeted at about 7 p.m. Korean time on Jan. 18, with BTC’s price falling to 999,000 won (~$883) from over 4 million won.

After detecting the problem, Coinzest immediately halted trading and performed a server checkup, according to a notice on its website. It then resumed trading the next day. “The asset and transaction information was restored to 18:33:18 on the 18th, the last time a normal transaction occurred before the computer error occurred,” the exchange clarified. Hankyung detailed:

Coinzest immediately contacted the customers and asked them to return their assets. The majority of the members promised to return [them].

Coinzest CEO Jeon Jong-hee was quoted by the publication as saying, “I am extremely sorry that I have caused an unexpected computational error to customers … I am very sorry for my customers.” He added that his exchange’s emergency response system will be strengthened to prevent the problem from recurring.

An official of another cryptocurrency exchange commented that the fact that a staff’s mistake can lead to this error means “there is always a possibility of tampering with the exchange system,” Sedaily reported. He further asserted that the government will not be able to trust exchanges to manage transaction records.

In April last year, another South Korean crypto exchange, Cashierest, suffered an internal system error that allowed its users to withdraw more coins than they requested.

What do you think of Coinzest’s airdrop error? Let us know in the comments section below.

BoE Senior Advisor: Cryptocurrencies ‘Are a Threat’ But I’m Not Too Worried

Live from a snow-covered World Economic Forum in Davos, the IMF cuts the global economic growth outlook by 3.5%, the...