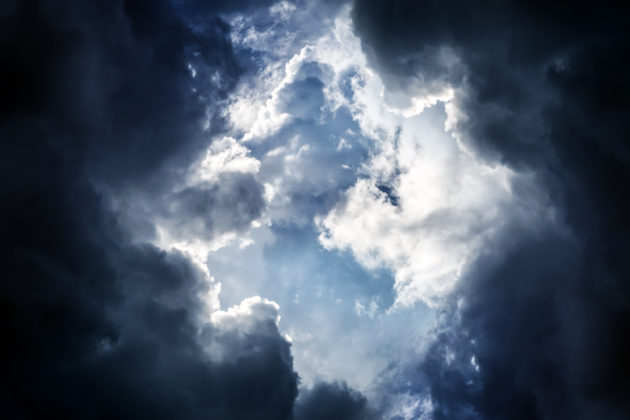 Since bottoming at $8,600 over five days ago, Bitcoin has performed extremely well.
The asset rallied as high as $9,650 on Thursday, liquidating dozens of millions of dollars worth of shorts in the process. Simultaneously, Ethereum saw a massive breakout past a crucial level, suggesting that BTC has room to the upside.
Even still, a top trader has suggested that Bitcoin’s recent price action is looking much like the price action seen at the February year-to-date top.
Bitcoin Looks Much Like It Did at 2020’s Feb. Peak
A crypto trader recently shared the image below, showing that Bitcoin’s recent price action looks eerily similar to that seen at the February highs of $10,500.
Both periods have similar phases, including a triple-topping pattern indicative of a potential reversal.
Should BTC trade as it did after February highs, a strong drop could ensue in the following weeks.
Chart from trader crypto trader Joshnomics (@joshnomics on Twitter)
It isn’t only the similarities in the market structure suggesting Bitcoin is topping in the $10,000 range.
One prominent crypto trader recently shared the chart below of BTC’s price action since the start of the year with Bitfinex order book data overlayed.
The chart indicates that there is currently a mass of sell-side orders in the $10,000-10,300 range.
This is important as when Bitcoin rallied to and was rejected by the $10,000 range two times over the past month, there was also a sell wall in that range. This chart also shows that when BTC topped at $10,500 in February, it also ran into a confluence of sell orders at $10,500.
Should historical precedent hold, there’s a good chance BTC will see a price rejection if and when it rallies to $10,000.
Chart from crypto trader Coiner-Yadox (goes by @Yodaskk on Twitter).
Fundamentals Could Upset Bearish Reversal
Although the technicals indicate Bitcoin may soon top out, the fundamentals show a different story.
The cryptocurrency’s on-chain trends remain decisively bullish, analysts say.
“In spite of BTC’s mild -4.4% downswing today, its NVT looks healthy, and our model is showing a semi-bullish signal. The amount of unique tokens being transacted on Bitcoin network is slightly above average for in May, according to where price levels currently sit,” blockchain analytics firm Santiment wrote.
Adding to this, the Chinese yuan was set to the weakest level since February 27, 2008. The offshore yuan market has reflected this decision, rallying to “the weakest level since Sept 2019.”
This is bullish for Bitcoin because the cryptocurrency can act as a safe haven for Chinese investors, which may be harshly affected by a falling yuan. Placeholder Capital partner Chris Burniske remarked:
“If China’s CNY continues to weaken against USD, then we could have a 2015 and 2016 repeat (pictured below), where BTC strength coincided with yuan weakness.”
Related Reading: Bitcoin Isn’t Even in a Macro Bull Market Yet: Here’s Why One Is Imminent
Featured Image from Shutterstock

Bitcoin faced a grim rejection within the upper-$9,000 region yesterday that caused it to erase most of the gains that...