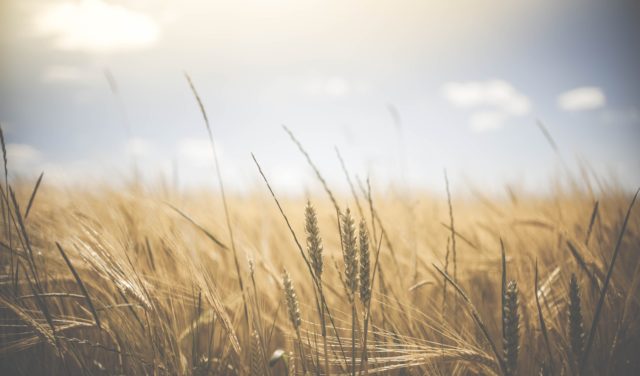 Over the past 24 hours, Bitcoin, Ethereum, and the rest of the cryptocurrency market have mounted a strong comeback. ETH, alone, has gained 13% during today’s trading session, nearing the $175 multi-week highs once again on the back of an influx of buying volume.
While the pump has paused, with Ether finding a foothold of support at $170 and holding there, a prominent analyst believes the second-largest cryptocurrency could soon return higher. In fact, he suggested a “full retrace” could be in store for Ethereum, which would result in a move back towards $300.
Ethereum Could Soon Move Towards $300
Following a plunge to $150 earlier this week, Ethereum has performed surprisingly well, bouncing back in force on Thursday, rallying towards the $175 highs as aforementioned.
Per a crypto trader known as HornHairs, this price action has allowed ETH’s inverse 12-hour chart to begin to resemble “a 2017 pump in the process of a full retrace,” with his chart showing that Ethereum was recently rejected by a key resistance level.
As HornHairs was referencing an inverse chart, what actually happened was ETH painted a clean bounce off the $148 support, boding well for the bullish narrative.
Should the “full retrace” take place, the cryptocurrency will trend back to the $290 highs in the coming weeks.

Fundamental Signs Signal Upside As Well
To add to the bullish sentiment shared by HornHairs, there’s also been a convergence of positive fundamental events for Ethereum.
The first is related to Grayscale’s Q1 2020 investment report, released Thursday, Per that report, the firm brought in $503.7 million in the last quarter, despite the broad crash in the cryptocurrency market.
What’s especially interesting about this is that 99% of the funds, the inflows, went towards two of Grayscale’s vehicles: the Bitcoin Trust and the Ethereum Trust, which trade on public over-the-counter markets under GBTC and ETH, respectively. Spencer Noon, the head of crypto investments at DTC Capital, spoke to this report’s significance for ETH when he said:
“Institutional investors are buying ETH. The cat is officially out of the bag. From the latest @GrayscaleInvest report: Ethereum Trust saw $110M in Q1 inflows. This is more than all of its previous inflows combined for the past 2 years ($95.8M),” he explained.
The second is related to the usage of the chain itself. A report from Messari indicates that the daily value transfer — the total value of assets moved on the blockchain over a day — of Ethereum has begun to trace that of Bitcoin, with the two metrics converging on each other for the first time ever.
This means that as an economic force, Ethereum is starting to rival the leading blockchain, despite it being valued at less than 15% of Bitcoin’s market capitalization.
While there is no correlation between the value transferred metric and the price of a cryptocurrency, the recent trend does bode well for Ethereum, as it signals increasing adoption and overall demand for ETH and ERC tokens.

Photo by Glenn Carstens-Peters on Unsplash

The most pressing question Bitcoin investors have been thinking about over the past few weeks is if the crypto bottom...