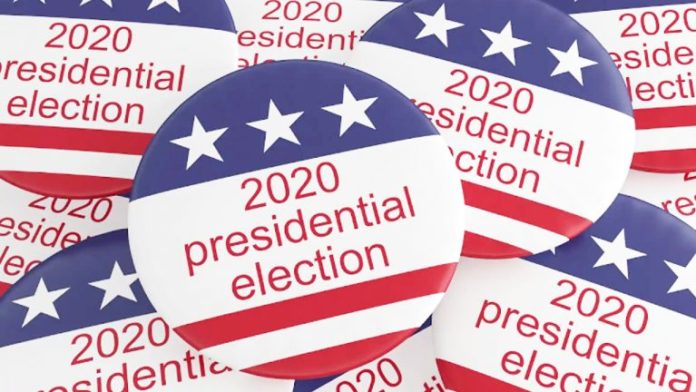 Analysts have predicted a bearish outlook for the U.S. dollar as the country’s 2020 presidential election approaches. One analyst says gold will correct with Donald Trump’s victory followed by the collapse of the U.S. dollar. Bitcoin, on the other hand, stands to gain from the election.

Effect of 2020 US Presidential Election on Gold, Dollar, and Bitcoin

Analyst and consultant Dan Popescu has shared his view on how the outcome of the U.S. presidential election could affect several markets. He discussed the outlook of the gold market and the U.S. dollar before and after the U.S. presidential election on the “IG Trading the Markets” podcast, which he shared on Sunday. Popescu specializes in gold, silver, and forex. IG is a leading online forex trading provider.

“Right now the markets expect [Joe] Biden to win, and that’s also one of the things that I’m quite sure has been bullish for the price of gold and the collapse of the dollar index, and that will continue,” Popescu described. Citing current polls showing Biden as the more likely candidate to win the 2020 presidential election, the analyst said the dollar will weaken and gold will climb even higher leading up to the election.

Gold will correct with Trump victory followed by collapse of US dollar and explosion of gold to $5,000 faster with Trump than with Biden but up irrespective of Trump or Biden. Both are bearish US dollar.

Other analysts also see the dollar’s weakness. “The shrinking of its interest rate advantage makes the USD less appealing and pushes investors to consider deposits in other currencies,” JPMorgan Asset Management’s Patrik Schowitz was quoted by CNBC as saying. “These cyclical factors won’t turn around in a hurry and the US dollar likely has room to fall further.”

Blackrock strategists also see the dollar’s weakness persisting in the near term. They noted, “The prospect of the dollar retaining its perceived safe-haven status is another concern.” Last month, Goldman Sachs warned that the U.S. dollar risked losing its world reserve currency status.

Devere CEO Nigel Green believes that the U.S. election will boost the price of bitcoin. “Bitcoin is already one of the best-performing assets of the year, up around 70% year-to-date,” he said. “We can expect the world’s largest cryptocurrency to be further fuelled for the rest of 2020 by the U.S. presidential election and the weakness of the U.S. dollar, which will serve as high-octane price drivers.” Citing the growing level of political uncertainty coupled with the coronavirus pandemic, the CEO stated:

As uncertainty heightens, investors will pile into safe-haven assets, in particular those not tied to any specific country, such as bitcoin and gold.

How do you think the U.S. election will affect bitcoin, gold, and the dollar? Let us know in the comments section below.