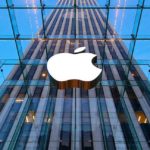 Speaking in an interview with a French-based media outlet on Friday, October 4, 2019, Cook said he is a non-believer in the decentralization of currencies.

“I really think that a currency should stay in the hands of countries. I’m not comfortable with the idea of a private group setting up a competing currency,” Cook said.

In his opinion, the CEO said that money, like power, money should remain in the custody of the state. He added that money is at the heart of the government’s mission, which is why representatives are elected to assume government responsibilities.

Cook believes that since companies are not elected, they should not seek power by creating their own cryptocurrencies.

However, the company did show interest in blockchain technology, as evidenced by the establishment of guidelines to govern responsible sourcing of minerals through the blockchain.

This summer, Apple launched the credit card Apple Card in collaboration with Goldman Sachs. This move aimed at driving more users to the Apple Pay service. However, as earlier reported by Reuters, the Apple Card would not allow users to purchase cryptocurrencies.

On the recently launched credit card, the CEO said they were weighing the possibilities of extending to other countries, saying that Apple needs to depend on local partners. However, he was quick to say that Apple does not intend to become a bank. He noted that in the U.S., they work with Goldman Sachs while in France they will look for “a retail bank that is particularly agile.”