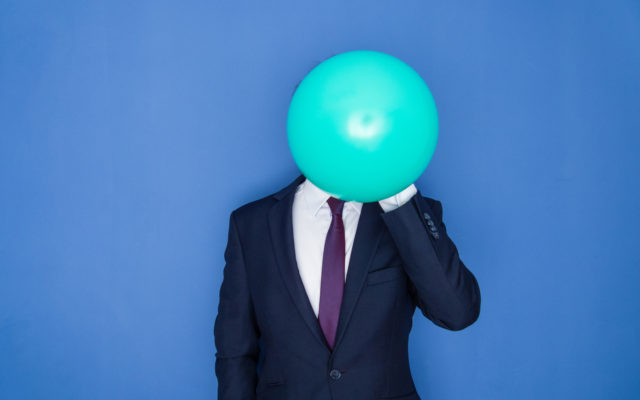 Bitcoin has been consolidating for a month, yet micropatterns have emerged even though the chart has been relatively flat. Today another predictable plunge has taken BTC back below $8k and in all likelihood, it will recover above that support zone again within a few days.

This has happened several times over the past month indicating that day traders are pumping and dumping the asset in order to scalp quick short term profits. 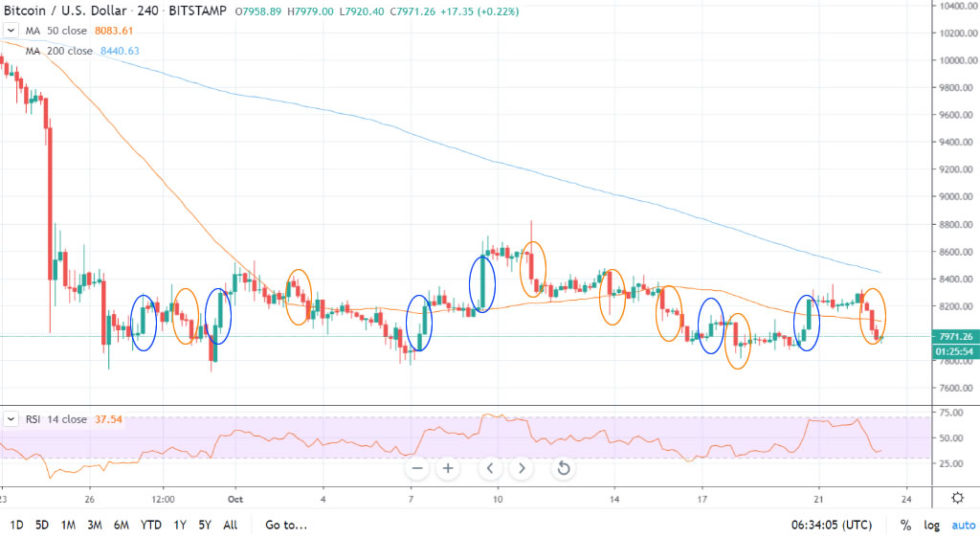 The four-hour Tradingview chart shows these patterns clearly. Similar rises and falls in price suggest the same money is flowing in and out of bitcoin by the same small group of traders. The $800 dollar range from $7,800 to $8,600 is enough to make steady profits if trades are repeated over and over.

The price bottoms and tops are also of similar duration indicating that the pattern is somewhat artificial. A five-day hold at a known resistance level, $8,200 being the most recent, is followed by a five or so day hold at a support level such as $7,900 where it has fallen to today.

Following this morning’s fall, bitcoin price again bounced off support to recover within the same range for the countless time this month. If this theory holds it will remain here until the weekend when it will return to around $8,300 again as traders make their moves.

I don’t ask for much

While it appears that day traders have been pumping and dumping for the past month, 2019 has been all about holding which may be why BTC has not dumped below $8k yet.

A number of factors may have influenced this such as economic uncertainty, geopolitical tensions, and the upcoming bitcoin halving. Indicators suggesting this is happening to include exchange flow data, wallet numbers increasing, institutional interest, and the fact that BTC alone has driven most of the momentum this year and is still up 110% since the beginning of the year.

Day traders may be having their fun but the hodlers are accumulating and that will continue no matter what price bitcoin falls to.

Have day traders been pumping and dumping bitcoin? Add your thoughts below.

The post Are Bitcoin Day Traders Playing The Pump And Dump Game? appeared first on Bitcoinist.com.

8 Brilliant Reasons Why You NEED to Join BitStarz Today!

BitStarz Casino is the home of big wins, big promotions, and big action, but chances are you know that already....