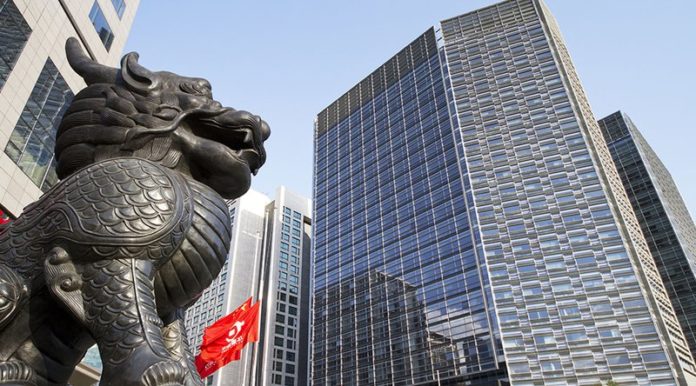 Blockchain technology has grabbed the interest of investors globally as it has quickly grown into one of the most exciting areas due to its wide variety of application across industries. This is why Reality Shares, an asset management firm, is launching China’s first blockchain ETF, which gives investors access to Chinese companies at the forefront of the blockchain revolution.

For a business to qualify for the BCNA index, they must score high on Reality Shares’ proprietary Blockchain Score methodology, a rules-based quantitative process used to evaluate the potential of blockchain businesses.

“We wanted to build an objective measurement system to identify the key companies that are truly innovating in the blockchain space, and separate out the hype in the industry,” Reality Shares CEO Eric Ervin told Bitcoin Magazine. “To do that, we created a rules-based, objective measurement system to determine which companies are actively working on blockchain initiatives, and which are just faking it.”

The companies are evaluated across key factors that include patent applications, blockchain technology development, blockchain economic impact, their role in the blockchain ecosystem, product stage and a host of others.

“We look at how much each company spent on research and development vs. the firm’s total budget. Both of these factors signal that a company is committed to moving the needle in their blockchain efforts,” Ervin said.

Reality Shares’ methodology is intended to allow the fund to identify blockchain-based businesses that are expected to grow the most, based on operational efficiencies, increased economic profit and transformational business practices. The fund, which is made up of 31 constituents, will rebalance semi-annually.

Reality Shares has a blockchain advisory board in charge of “advising the firm and the index committee on how to score each company.” These include cryptocurrency heavyweights such as Shapeshift AG founder Erik Voorhees, Jeff Garzik of Metronome, and Matthew Roszak, founder of Tally Capital.

Investors can purchase BCNA through a financial advisor or by using Reality Shares’ trading platform, which connects to a wide range of online brokerage accounts.

Government intervention, poor usability, high network fees – which one of these poses the most significant threat to Bitcoin? The...