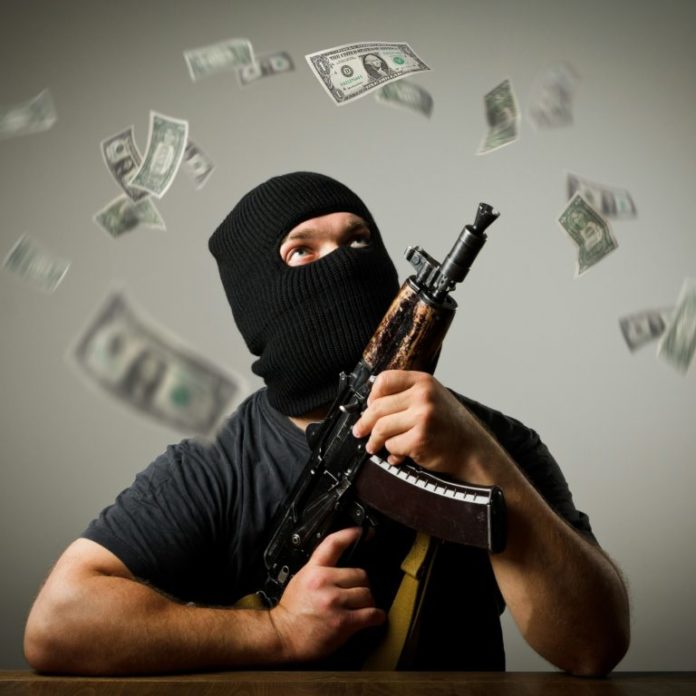 Terror financing is taking on a new shape, but still retaining its old aides. Environmental crimes such as wildlife trafficking and illegal ivory sales have overtaken the drug trade as the major income source for terrorists around the world, accounting for more than a third of their revenue. However, it is not cryptocurrency that is helping non-state militias and terrorist groups fuel conflict in countries like Syria, the Democratic Republic of Congo and Afghanistan. Rather, banks, human mules and fake companies are the preferred and dominant conduits.

Environmental crimes such as illegal logging and the ivory trade have now overtaken drug money as the biggest source of funding for militias and terrorist organizations worldwide – and they aren’t using cryptocurrency to do so – a new report by Interpol has revealed.

Of the $30.2 billion in illicit flows generated annually in conflict zones to fund terrorist groups like the Islamic State, Al Shabaab, Boko Haram and the Taliban, 38% comes from illegal deals in timber, mining, fishing, charcoal and wildlife trafficking, it says. The drug trade accounts for 28%, illegal taxation 26%, and kindnappings and foreign donations 3% each. Altogether, the World Atlas of Illicit Flows, a study by the global policing agency Interpol, Rhipto, a Norwegian UN-collaborating centre, and the Global Initiative Against Transnational Organized Crime identified more than 1,000 routes used for smuggling and other illicit flows around the world. The seven main extremist groups of insurgents and terrorists receive funding of between $1 billion and $1.4 billion each year combined.

Much of the cash flow from these activities is moved largely through formal banking channels, legitimate front companies and in cash, contrary to growing claims from cynics implicating cryptocurrency in terrorist financing.

“Organized criminals use smuggling networks that also increasingly enable foreign fighters to move across borders to safe havens, and to stockpile or ship resources by means of formal and informal networks of financial flows,” the report says.

“Over 2,600 unaccounted-for (predominantly Islamic State) foreign fighters have left Syria and Iraq, an unknown number of them via Libya, using these illicit smuggling networks, and they use them to get access to forged papers, as well as routes to safe havens.”

The study shows that monetary practices embedded in Muslim culture, such as donating to charities and informal money-transfer centers, have compounded the difficulty in tracking down terrorist financial links.

Cryptocurrencies have faced intense criticism lately over allegations of aiding money laundering, largely because of their pseudonymous nature. Shapeshift has been accused of laundering $9 million in the last two years, allegations that chief executive officer Erik Voorhees dismissed as “disingenuous and misleading.” More than 40 other crypto exchanges have faced similar allegations, according to a recent article by the Wall Street Journal. Voorhees instead pointed to banks as the biggest culprits, citing a UN report which put the amount of alleged illicit flows that banks facilitate each day at $2.7 billion – about 219,000 times as much as Shapeshift is accused of laundering over two years. Last week, Thomas Borgen, chief executive officer of Danish bank Danske Bank resigned  over a scandal involving $234 billion allegedly laundered via its Estonian branch during the eight years to 2015. British banking group HSBC Holdings PLC has been accused of laundering billions of dollars in Africa and Asia.

Militias Rake in Millions of Dollars from Illegal Taxation, Extortion and Kidnappings

According to the Interpol report, some 40,000 members of the Taliban earned an estimated annual income of $75–$95 million from taxation – particularly of drugs, land and agricultural produce, and from donations from abroad. In mid-2017, Islamic State made an estimated $10 million a month, but “with dramatic losses of territory, Islamic State probably has at their disposal no more than a quarter of this. This comes largely from confiscations and illegal taxation,” said Interpol. Al-Shabaab in Kenya and Somalia receives about $20 million, half from the illicit charcoal trade and the rest from other forms of taxation, while Boko Haram in Nigeria made $5–$10 million mainly from taxation, bank robberies, donations from other terrorist groups and kidnapping for ransom.

Over 8,000 rebels inside the DRC make at least $13 million a year from the exploitation and taxation of natural resources “and this sum is but a small portion of the total estimated value attributed to illegally exploited resources in the eastern DRC, which has been put at over $770 million a year,” the report added.

What do you think about money laundering in conflict zones? Let us know in the comments section below.

The biggest investment company in South Korea has invested money in an EOS-based blockchain project. Specifically, Korea Investment Partners of...