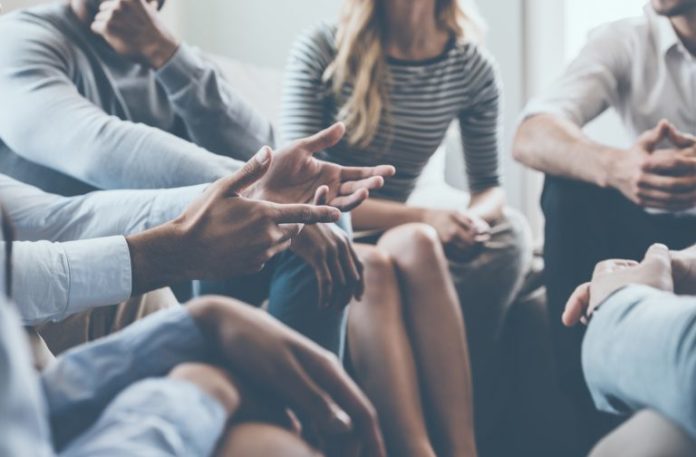 Since Btc.top founder Jiang Zhuoer revealed an infrastructure funding proposal from five major mining pools last week, which would fund BCH devs via redirection of 12.5% of BCH coinbase rewards, the Bitcoin Cash community has been understandably bustling with debate, discussion, and suggestions. Reactions have ranged from calling the move a “tax” that is incongruous with the foundational values of bitcoin, to support and ideas on how to best implement the plan. While the inundation of opinion and emotion has been noisy, a few prominent community leaders and groups with real ‘skin in the game’ have weighed in to clarify.

BCH Funding Proposal in a Nutshell

The infrastructure funding proposal was revealed to the community at large on January 22, via an article posted to Medium by Btc.top founder Jiang Zhuoer. It opens:

“We, a group of miners representing a majority of identified Bitcoin Cash hash rate, have an interest in ensuring that Bitcoin Cash remains a strong and vibrant cryptocurrency. As such, we recognize that investment in software and commons is crucial to secure a bright future for Bitcoin Cash … To provide this funding, we intend to direct 12.5% of BCH coinbase rewards to a fund that will support Bitcoin Cash infrastructure. This funding will last for 6 months, and it will provide significant and much needed support to the Bitcoin Cash ecosystem.”

The post goes on to break down the proposed process and projected deployment in general terms, with the issue causing the most controversy being the orphaning non-compliant blocks. A highlighted paragraph of the article reads:

To ensure participation and include subsidization from the whole pool of SHA-256 mining, miners will orphan BCH blocks that do not follow the plan. This is needed to avoid a tragedy of the commons.

A new Bitcoin.com post on Read.cash, entitled “Bitcoin.com’s Clarifications on the Miner Development Fund,” addresses many concerns with the plan. The article opens by immediately noting that the announcement “created a lot of justified discussion, questions, concerns, and confusion amongst members of the community.” It further notes that at present nothing is set in stone. Regarding doubts about the Hong Kong corporation that would manage the funds, and numerous other issues, Bitcoin.com maintains:

It’s important to understand that the plan proposed by Jiang Zhuoer is still very much in development … many more of the questions proposed online are well taken and the answers are still being worked out by the miners. The proposed changes would not go into effect until May 2020 and there is still plenty of time to work out answers to those questions in a way that satisfies as many parties as possible. The piece further distinguishes the difference between a coercive tax with legal penalties for non-participation, versus a voluntary choice by miners to leverage their hash power (in accordance with the Bitcoin Whitepaper) toward what they perceive to be a good move for BCH.

“Bitcoin itself is a free market governed by majority hash rate, and honest majority miners are under no moral, legal, or protocol obligation to accept blocks from minority miners if they cannot agree on proper terms of doing business together. This is the free market at work, and we believe Bitcoin cannot work any other way,” the article details.

Regarding the Hong Kong corporation the article notes that “Ultimately, it is miner money since they invest the capital to earn those rewards, and decision-making about the funds should be close to the people who pay the highest opportunity costs for their distribution.”

A great post by @deadalnix on the proposed infrastructure plan for Bitcoin Cash and why it’s not a tax.https://t.co/XCuF53j6r0

I think if the fund’s controlling keys are given to trusted community members then it could work out, instead of giving funds to a random organization

Prominent BCH and Electron Cash developer Jonald Fyookball also published his support of the proposal in an article entitled Little Known (But Important!) Facts About the Mining Plan. Fyookball acknowledged and validated specific concerns and objections, but remains resolute. “Other attempts/ideas to fund infrastructure via mining haven’t worked,” he writes. “I’ve seen suggestions involving everything from hashrate voting to p2pool, to covenants, etc. No disrespect to the great developers who come up with those ideas, but the reality is that all of those things are too complicated to have a good chance of working in practice, especially in the near term. The developer emphasizes:

This is why Jiang is saying “No Debate” in his announcement. It’s time to cut the nonsense and just do what works. KEEP IT SIMPLE.

Fyookball goes on to note that the plan is temporary, and should remain so, issuing a strong two-point caveat for his support and endorsement:

“1. We absolutely, positively MUST include code in the node implementation that shuts off the donations after 6 months, so it is the default behavior of the software.

2. As far as I can see into the future at this time, we should not, as a community, decide to repeat the maneuver on the subsequent semester, if for no other reason than to avoid setting a bad precedent.”

The BCH infra fund will be paid for by *all* SHA256 miners. That’s the genius part. Donation model would collapse. We’d love it if miners were selfless, but they are profitable businesses.

Reactions to the two posts by Bitcoin.com and Fyookball have of course been mixed, with some still claiming the proposal is not voluntary in nature. Others seem to accept the general idea, but wish to fine tune the mechanics a bit.

The top commenter on the Bitcoin.com piece reacts: “I think if this is truly voluntarism, there shouldn’t be any penalization to miners that don’t want to abide by this fee.” Another user states: “This logic is quite a bit more compelling than the initial feedback, and I think helpful for the silent majority of BCH supporters … I think the fundamentals and nuance make a lot of sense, but are hamstrung by the optics of the easily memeable ‘12.5% tax’ – which we will have to be vigilant about resisting via education, while also not sounding like we’ve drank the Kool-Aid.”

Many community members, miners and developers — along with Zhuoer himself in his original post — are noting that though the 12.5% fee applied to mining rewards may look like a large number, that’s not the whole story considering BTC miners would also be effectively paying the costs, due to network dynamics. BCH dev Tobias Ruck tweeted: “The BCH infra fund will be paid for by *all* SHA256 miners. That’s the genius part. Donation model would collapse. We’d love it if miners were selfless, but they are profitable businesses.” Both Bitcoin.com and Jonald Fyookball also highlight this important aspect of the plan in their aforementioned articles.

Some community members are even tweaking the plan and suggesting alternate implementations. Founder of Cyber Capital Justin Bons has recently published his proposal to adjust the distribution stage of the plan. Peer-to-Peer Electronic Cash for Everyone

Bitcoin.com’s article ends with a call to action: “Let’s keep focused on the important work of making Bitcoin Cash fast, cheap, and reliable digital cash for the entire world.” Fyookball’s final paragraph asserts that “the infrastructure plan can help us powerfully continue in 2020 in our mission to bring peer-to-peer electronic cash to the world.” Even those BCH community members genuinely opposed to the proposal are likely taking such a position for similar reason. The overarching goal of BCHers remains getting permissionless money in the hands of as many people as possible, and bringing more individual economic freedom to the world.

What do you think about the new proposal for miners to fund BCH infrastructure development? Let us know in the comments section below.

On January 3, 2020, a small group of crypto enthusiasts celebrated the second annual Proof-of-Keys day with hopes to get...