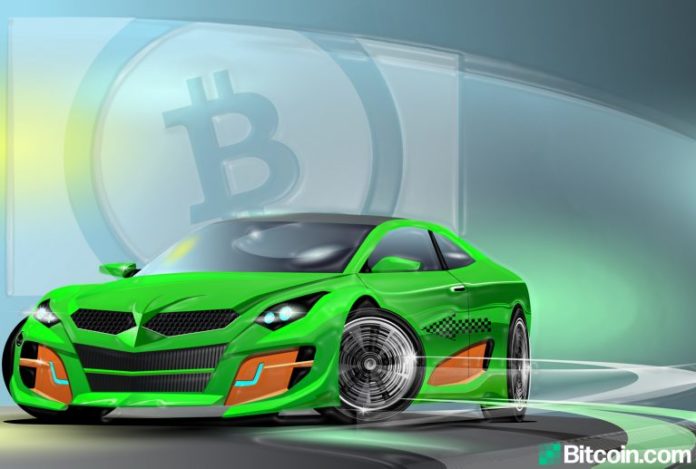 The last seven days have been busy within the Bitcoin Cash ecosystem with a slew of announcements and developments. Kraken exchange recently added the BCH-based Cashaddr address format and Coinbase open-sourced a utility that makes it easy to convert between Base58 and Cashaddr addresses. Additionally, the New Hampshire-based Anypay payment processor is bolstering merchant adoption by offering 10% bitcoin cashback for purchases through their point of sale services.

In the past week, the BCH market capitalization ($5.55 billion) has surpassed LTC but BCH markets are down roughly 7.8% during this period. Each BCH is swapping for $309 per coin and there’s around $1.19 billion in global bitcoin cash volume. The top exchanges trading the most BCH on Saturday, August 10 include Coinbene, Digifinex, Hitbtc, Bibox, and Okex. Right now the top trading pairs swapped against BCH are USDT (52%), BTC (28%), USD (8.7%), ETH (6.8%), and KRW (2%).

One of the biggest metrics rising over the last few weeks for BCH has been the number of daily transactions. BCH miners have been processing an average of 35-40,000 transactions (txn) per day and there have been multiple 24-hour periods above 60,000 txn per day. The influx of daily transactions is likely attributed to the Simple Ledger Protocol (SLP) tokens which have seen significant usage in recent weeks.

On August 8, the San Francisco-based Kraken exchange revealed that the trading platform is switching over to BCH Cashaddr-based addresses for all deposits starting August 15th. The cryptocurrency ecosystem transitioning from the legacy address format to the Cashaddr format is very important to the BCH ecosystem. The Cashaddr address system was deployed on January 14, 2018, and since then many third-party service providers have adopted the format. Bitcoin ABC lead developer Amaury Séchet explained on Thursday that he had contacted Kraken a few weeks ago and asked them to switch to Cashaddr. “I am happy to see Kraken implement this change — It benefits users by helping them avoid mistakes when depositing funds,” Séchet remarked.

Kraken is switching to CashAddr address format for BCH deposits. This is a win for #BitcoinCash users.

Thank you @krakenfx for the high-quality #BCH support! https://t.co/gj1ZuSC0qH

In addition to Kraken adding the Cashaddr format, software engineer Josh Ellithorpe and Coinbase open-sourced a utility to convert between base58 and Cashaddr BCH addresses. The news was welcomed by the BCH community and people hope the utility introduced by Coinbase and Ellithorpe will bring more visibility to the Cashaddr format. Electron Cash developer Calin Culianu (Nilac the grim) explained that there’s open source code for Cashaddr in Python, JS, C++, Go, and more as well.

On Friday the crypto payment processing startup Anypay Global announced a 10% BCH back bonus for people spending bitcoin cash using the company’s system. The following day Reddit user u/Bitcointippingpoint revealed that there are 30 merchants in New Hampshire that accept crypto through Anypay and 27 of these retailers accept bitcoin cash. New Hampshire is known as the “Free State” for its large number of libertarian residents.

Seven of the BCH merchants are located in Keene, says Bitcointippingpoint and another six BCH-accepting merchants are located in Portsmouth. “14 of the 30 have accepted a payment within the last week,” the Reddit user announced. “Can attest to using this at the Fresh Press in Portsmouth, New Hampshire — It’s pretty sweet,” explained another Reddit user discussing the 10% BCH cashback promotion for purchases through Anypay’s point-of-sale. Anypay also provides a map of all the crypto accepting merchants

This week the creator of the BCH-based programming language called Spedn wrote a blog post on Honest.cash which detailed some interesting schemes that can be developed using the opcode OP_Chechdatasig. On August 8, Tendo Pein told the BCH development community that one of the limitations of BCH Script was that you can only specify if one can spend the coin. However, people assumed there was no way of adding spending constraints but Pein shows how it’s now possible. Pein shows three types of constraints like a simple scheme like a Pay to Public Key Hash. Then the developer shows some more complex ideas that can be achieved and uses the Spedn language to show the benefits more clearly. During the end of the post which shows another example of a spending constraint dubbed “the fanciest,” Pein demonstrates how OP_Return tokens could be miner enforceable. This particular demonstration could make OP_Return tokens built on top of the chain stronger by backing them with the network’s security.

With the number of daily transactions picking up on the BCH chain, many supporters noticed a few issues with the transaction visualizer Txhighway.com. Since then the site’s maintainer fixed the website’s Websockets and updated the page. The Txhighway website shows a large 32-lane highway for the Bitcoin Cash network while the Bitcoin Core (BTC) network has two lanes available and during periods of BTC congestion the website gives a unique perspective of the problem. Now there’s new logos, no reference to older BSV projects, and there’s now a Badger button available for donations. Additionally, with the popularity of SLP tokens on the rise, the highway also shows Spice token transactions on the move as well. Overall, the Bitcoin Cash ecosystem and its participants continue to truck forward after celebrating the recent two-year anniversary of BCH. In addition to the anniversary celebrations, BCH supporters are gearing up for the Bitcoin Cash City two-day conference next month in North Queensland, Australia. On August 8, Cointext CEO Vin Armani announced an open call to all the developers who work on BCH infrastructure and provide BCH products and services to attend the first “Developer Congress.”

This is an open call for developers of products and services that support #BitcoinCash to attend the first Bitcoin Cash Developer Congress, taking place in Australia from September 3rd to September 5th.

The Developer Congress is in coordination with @BitcoinCashCity Conference. pic.twitter.com/1BGu8mQzaD

The BCH developers’ meeting will take place between September 3-5 in coordination with the Bitcoin Cash City conference. This weekend, news.Bitcoin.com spoke with Armani about the event and what will be discussed.

“The Bitcoin Cash Developer Congress is an initiative, sponsored by Bitmain, with the primary purpose of bringing together developers from across the Bitcoin Cash ecosystem to discuss and debate upcoming projects and protocols which will be put into production within the next 12 months,” the Cointext CEO explained.

What do you think about all the events within the Bitcoin Cash space over the last seven days? Let us know what you think about this subject in the comments section below.

EOS Price Prediction 2019: How High Can EOS Go This Year?

In today’s article, we will be looking at some forecasts and analyses in order to conjure up an EOS price...