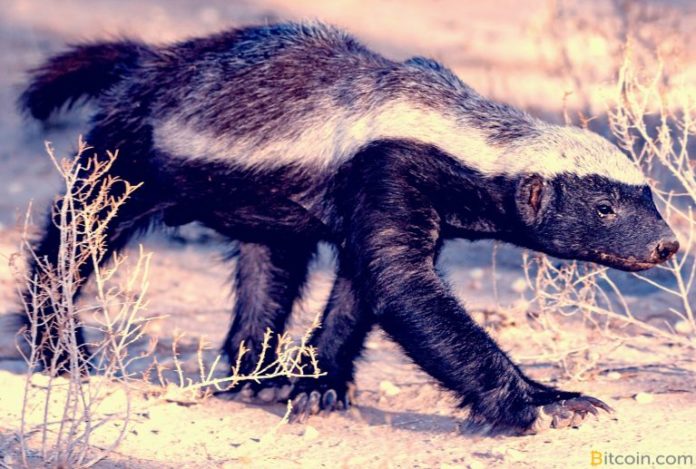 Since its inception, the bitcoin cash (BCH) light client Badger Wallet has become one of the most versatile BCH platforms. Over the last few weeks, Badger developers have added a slew of new features including Simple Ledger Protocol (SLP) support and integration with projects like Satoshi Dice and Sideshift.io.

Also Read: Bitcoin’s Social Contract Must Be Resilient to the Whims of Future Generations

Badger Wallet Wants to Be the Gateway for BCH-Centric Applications

The Badger Wallet light client has been making strides lately by showing the BCH community the application’s versatility with multiple BCH-centric applications. The Chrome and Firefox-based Badger software is similar to the ethereum (ETH) client Metamask and aims to be the gateway to a wide variety of BCH applications. With Badger, the developers have given the software the ability to communicate with BCH and tokens that have been created with the chain. Badger developers have emphasized that the wallet enables an entirely new dimension to the web with “micro-payments, smart-assets, decentralized exchanges, distributed autonomous organizations and more.” Over the last few weeks, Badger has shown its ability to adapt by being implemented into some of the most popular BCH-based platforms.

For instance, last November Badger integrated Wormhole token support which allowed users to send and receive Wormhole-based tokens. On Feb. 6, 2019, Badger developer Gabriel Cardona revealed that the wallet’s version 0.1.4 is live and SLP tokens are now enabled. Because Badger supports both Wormhole and SLP tokens, it is the first wallet client that can support bitcoin cash and tokens from two different projects. Badger also works with the Cash-ID protocol and can act as an identity vault. The Cash-ID concept is an open protocol developed by Jonathan Silverblood. Within the Badger user interface, it provides individuals with the ability to sign in to web pages and BCH-based applications and also unlock content by using their private keys.

“We see this as an entirely new paradigm in identity management and an enabling technology in our goal to be your identity vault and gateway to Bitcoin Cash apps,” explains Badger’s website.

Badger has also integrated with a few other platforms in the BCH universe recently. The popular bitcoin cash-powered betting platform Satoshi Dice has connected with the wallet’s “Badger Button” (an automated payment button) that adds a seamless and near instant user experience. Instead of having to scan QR codes with the Badger Button and the Satoshi Dice platform’s zero-confirmation acceptance, players can wager in a frictionless fashion. On Feb. 6, the side-shifting application Sideshift.io also added Badger support and “test pilots” do not have to scan QR codes to send BCH. Sideshift is an application that’s similar to Shapeshift and Badger swapping coins with BCH makes the process move much quicker.

The wallet’s development team has also published its new OP return API that allows users to send a memo on Memo.cash with Badger. If a user has a Badger Wallet installed on Chrome or Firefox then they can type the memo and after pressing confirm the wallet will sync with a bitcoin cash tethered OP return smart contract. After accepting the terms of the contract using the Badger interface, the message will be executed on the Memo.cash platform after confirming the payment. Overall, Badger’s developers in striving to reach their goal have continued to connect with well-known platforms and token solutions within the BCH ecosystem.

“Badger is your identity on this new web — You can pay for premium content, run smart contracts and experience Bitcoin Cash apps seamlessly and trust free,” the Badger Wallet developers explain.

Last week, we saw a violent move to the upside as bitcoin rallied 11% over the course of one day....