TRON (TRX) has been one of the cryptos that the entire Internet has been talking about for months now. Still, it remains extremely undervalued, even with all of the success that it has experienced recently, especially in June of this year. This might change soon, and now might actually be the best time to buy TRX. Here is why.

Before we get into why buying TRX is the best thing to do now, let’s first quickly reflect on the coin itself.

TRON is a cryptocurrency belonging to TRON ecosystem, with a strong focus on decentralization of the internet. Its goal is to create a free system that would concentrate on online entertainment, and it plans to do so through the use of blockchain technology. Basically, through the use of TRON, users would be free to store, publish, as well as own data without difficulties.

So, TRON applies blockchain technology to improve the current content creation environment that is available through the internet system, which is currently centralized. However, instead of the content going through various centralized information distributors, it would be decentralized, and thus free for creators to organize it and use it as they see fit.

TRON’s concept is pretty similar to that of Ethereum, and it provides its users to create dApps and smart contracts on top of it. TRX’s role in this would be to serve as a gas-type asset, which would emphasize on the functionality of these applications.

With that in mind, let’s see why TRON has a bright future ahead of it, and more importantly – a soon-to-come increase in price.

Currently, TRON is extremely undervalued, with its price being at $0.036550 as per CoinMarketCap. Its price went down at the beginning of the year, just like that of pretty much every other crypto. However, there are three reasons why TRON is bound to reach greatness once again, which is not something that every digital coin may expect.

The first one includes the team behind it, and more importantly, the man behind it all – Justin Sun. Sun has proven to be one of the most capable people in the crypto world and has even been profiled in Asia’s 30 Under 30. As part of his studies, he learned under Jack Ma, the chairman of Alibaba, and has even been suggested as one of the handful of future billionaires by Forbes.

His influence is extremely large, and he even has over 446,000 Twitter followers which are following his every update on a daily basis.

This leads us to the second reason why TRON is a safe investment, which is its community. TRON is one of the most popular coins today. It is held by over 426,000 people, which made this coin reach over 60 countries around the world.

Its community is enormous, and not that many cryptos can claim to have as much support as TRX has. With a community like that, TRON is definitely getting the much-needed attention that allows cryptocurrency to not only survive the difficult times but to also prosper as soon as the conditions are right.

Finally, there is the third reason why TRON can be trusted, and that is its operational development. TRON is one of the most updated coins around today. The team behind it consists of over 80 individuals, and it continues to grow.

The list of companies that have entered some sort of partnership with this cryptocurrency continues to grow on a daily basis. Not to mention that TRX has finally launched its MainNet, and has even started the process of token migration. Through this process, TRX coins are finally leaving Ethereum’s network, and are going to their native blockchain.

Finally, TRON has recently purchased BitTorrent, which was not done on a whim, but instead, the coin plans to implement BitTorrent’s technology and improve its own.

TRON has also been listed by numerous exchanges even before the launch of its MainNet. However, the real increase came before the token migration, with many new exchanges offering their support and entering a partnership with this crypto.

Obviously, TRON has done a lot recently. Because of all this progress, it is very unlikely that its price won’t soon start to change for the better. Similarly to what has happened to early Bitcoin and Ethereum holders, those who purchase TRX while it is still cheap might make quite a profit once this crypto finally gets to the price that it deserves. Of course, the crypto market is anything but reliable, and large changes for better or for worse are a part of its daily routine. However, all this information indicates that TRON has a very bright future ahead of it, and such an opportunity should definitely not be missed. 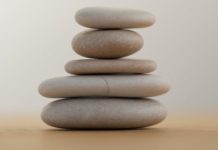 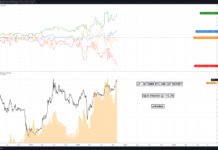 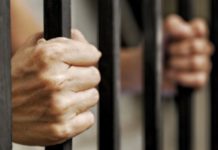 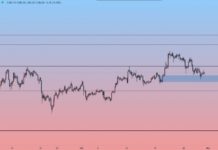 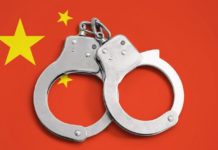 Bitcoin.com - November 1, 2020 0
Cryptocurrency supporters all around the world are celebrating the fact that today is the 12th anniversary of the Bitcoin white paper, a summary of...

How to Buy Ripple (XRP) in Australia

NEO (NEO) Won’t Remain this Cheap for Much Longer

NEO is one of the cryptocurrencies with the largest potential to become a representative of the third generation of cryptos....