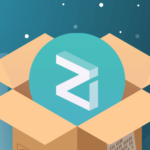 On June 11, Binance’s official non-custodial wallet app, Trust Wallet, revealed that from now on it will allow users to send, receive and store Zilliqa (ZIL) coins.

The team behind Trust Wallet announced in blog post that they now have added support for Zilliqa (ZIL).

Trust Wallet first launched on 25 October 2017, as an Android crypto wallet, and in July 2018 it was acquisitioned by the popular Binance exchange. At first, the wallet only supported Ether (ETH) and ERC20 tokens, but after the acquisition, other coins were introduced into the listing, becoming a multi-currency wallet.

A full-featured Web3 browser (dubbed “Trust Browser”) is also integrated into the wallet, enabling users to have direct interactions with decentralized applications (DApps).

The wallet’s support announcement comes after Zilliqa’s President and Chief Scientific Officer, Amrit Kumar, revealed that smart contract functionality has gone live on the Zilliqa mainnet and has stated that this is not a big achievement “just for Zilliqa, but for the blockchain infrastructure industry as a whole.”

Regarding the Trust Wallet addition, the CTO of Zilliqa Yaoqi Jia, said:

“Given our commitment to end-to-end security, we are excited to partner with Trust Wallet. Their offering provides not only an accessible platform for traders, but also a secure and reliable storage options for mainnet ZILs.”

Founder of Trust Wallet, Viktor Radchenko, had this to say about Zilliqa:

“I am very excited to see Zilliqa integrate into Trust Wallet as the first sharding enabled blockchain platform in production that could potentially scale to support real world use cases.”

Aparna Narayanan pointed out in Zilliqa’s blog an interesting fact about Trust Wallet:

“This will be the first time they are supporting Schnorr Signatures, having worked with the Zilliqa tech team to enable this feature.”

Ethereum’s private smart contract network Enigma has had its testnet launched today, according to the Medium post of the development...