In early October, the company signed a merger deal with a Gibraltan company called EYOS. On Sunday, the exchange launched its international website Bit2C.com. Those moves are milestones in what the company plans for the future: global expansion and offering of a bevy of additional products.

Finance Magnates met with the CEO of Bit2C Eli Bejerano to dive deeper into the details of this plan, learn more about the Israeli regulation on cryptocurrency, and much more.

Under the terms of the deal, Bit2C received 100 percent of the shares of EYOS, while the owners of EYOS received 15 percent of Bit2c’s shares. Now the two companies are working together to launch the platform by the time they receive their DLT license (which is expected as early as next February).

Bejerano explained that this solution offered both parties a useful shortcut. “The final stage of the DLT license process focuses on the technology and business plan. The regulator wants to see that you know what you are doing – this includes KYC, having a compliance officer, custodianship, how private keys are stored, and measure taken to protect against cyber-crime.”

Bejerano explained that the aim of the deal is to start marketing and operating in the EU. When asked about the first destinations of such expansion, Bejerano mentioned Spain and France as interesting locations but predicted that the companies would probably start from the UK. “The local audience, the clear regulatory requirements and the language factor, all make it the optimal place to start from.”

However, Bejerano also acknowledges that betting on the UK might turn out to be a double-edged sword with the upcoming Brexit decision. 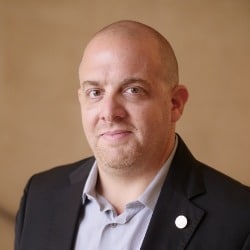 In the long run, the company aims much higher than just arbitrating between buyers and sellers. “At the end of the day, the goal is to turn into an alternative cryptocurrency bank. Until traditional banks start to offer regulation, people want a regulated place to store, sell, send and receive their tokens, people want a wallet that they can rely on – and these are things that we know how to do.”

Bit2C applied for a license from the Israeli Capital Market Authority six months ago, and in the meantime operates under a temporary license. The Israeli law states that if such a firm worked in the crypto field before, it can continue to operate, provided that it meets the requirements of the law.

The company’s Chief Regulation & Compliance Officer Ron Tsarfaty says he believes to receive the license by the end of 2019.

The firm offers trading with Bitcoin, Litecoin, Bitcoin Cash, Bitcoin Gold, Ethereum, and Ethereum Classic. Bejerano explains that they settle for these tokens because he “feels confident they are not securities.” However, it plans to introduce additional coins in the near future.
“I first heard of Bitcoin in 2011, back when I was leading QA teams”, said Bejerano. In 2013, he started a website which was intended to be an information site about Bitcoin. About six months before Mt. Gox went down, he understood that something was wrong. At the time, that was the only place to trade Bitcoin.

“We had a potential investor from Canada, who was interested in buying a Bitcoin exchange. So, we started developing the infrastructure.” The buyer disappeared, but Bejerano decided to run the site by himself anyways.
He set up a business, opened a bank account, “and the rest is history.” Upon opening in 2013, the exchange had a handful of customers, most of whom were members of the tiny crypto community. Currently, the company has 20,000 customers in Israel.

In 2014 and 2015, cryptocurrency was still niche. During this time, commonly referred as “the stagnation,” the exchange struggled due to close to zero activity by its clients. “I realized that it’s a trend-based industry. There will be hypes, and there will be crashes. So, if you want to succeed, you need to have a lot of patience and a business model that takes it into consideration.” According to Bejerano, the market is always growing, regardless of the price crashes.

Bit2C’s recent move is not its first global venture. In 2014, the company teamed up with Bitcoin Vietnam to launch the country’s first exchange.

Johny Depp Teaming Up for a Cryptocurrency Collaboration

Johny Depp is reportedly teaming up with blockchain-based content sharing platformTaTaTu. The actor will participate in the partnership through his...