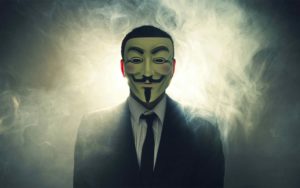 Last year, two academics concluded that the Bitcoin rally in 2017, when the cryptocurrency hit the all-time high, was caused by manipulation. Now the research authors figured out that the surge was likely caused by a single entity.

Now the duo voiced interesting updates. They alleged that a single entity on cryptocurrency exchange Bitfinex might be responsible for the crazy uptrend. The whale could send the Bitcoin price higher whenever it declined below certain limits. Tether’s USDT, the stablecoin supposedly backed by US dollars with the ratio of 1:1, was used for most of the transactions, Griffin claims. He stated in an interview with Bloomberg:

Our results suggest instead of thousands of investors moving the price of Bitcoin, it’s just one large one. Years from now, people will be surprised to learn investors handed over billions to people they didn’t know and who faced little oversight.

USDT Coins Printed Out of Thin Air Were The Key

Griffin and Shams’ claims rely on the theory that Tether created new USDT coins without being fully backed by USD. These coins were then used to buy BTC, which eventually led to the price surge. The academics monitored USDT and BTC transactions from March 1, 2017, to the end of March 2018. They concluded that Bitcoin purchases on Bitfinex increased every time the BTC price declined below certain thresholds.

Griffin and Shams said in an updated paper seen by Bloomberg:

This pattern is only present in periods following printing of Tether, driven by a single large account holder, and not observed by other exchanges. Simulations show that these patterns are highly unlikely to be due to chance. This one large player or entity either exhibited clairvoyant market timing or exerted an extremely large price impact on Bitcoin that is not observed in aggregate flows from other smaller traders.

The authors didn’t want to name the entity who they think was behind the move.

Tether rejects the accusations. The company’s General Counsel Stuart Hoegner said that the paper was “foundationally flawed” as it relied on an insufficient data set.

Nevertheless, both Bitfinex and Tether have been surrounded by controversies for years, with the companies being owned and managed by the same executives.

Is it possible that Bitcoin’s ATH came after manipulations? Share your thoughts in the comments section!