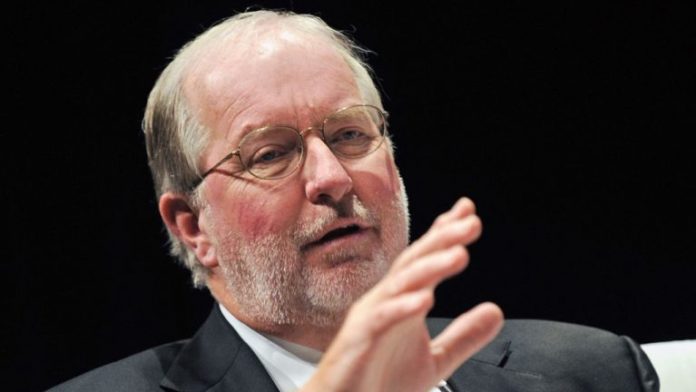 Gold bull Dennis Gartman is moving out of gold because the market has become “too crowded.”

In an interview with Bloomberg on Thursday, Gartman said he was “social distancing” from the precious metal until such a time when the price falls to around $1,775.

“Too many people all of a sudden are involved in the gold market,” he complained. “There’s only one position everybody has and that’s long…people have to be taken out of that trade.”

Back in April, the popular gold investor told everyone “now is the time to buy gold.” Today, Gartman feels the market is overcrowded.

“I couldn’t get too many people interested in gold…two and three years ago but now it’s on the front pages of every report that you see,” said Gartman, adding, “at this point in gold I’m neutral.”

The price of gold closed at a record high of nearly $1,960 per ounce on July 28, as trading volumes surged. Some traders are reported to be switching their futures contracts for physical gold, potentially risking creating imbalances in the market.

Both gold and bitcoin, two assets considered as safe haven, have risen sharply over the last few days amid increased stimulus spending from governments throughout the world.

Bitcoin, which has been likened to “digital gold”, reached an 11-month high of about $11,400 on Tuesday. The top cryptocurrency might become an attractive option for those investors – like Gartman – looking for alternative safe havens or to diversify risk.

In the interview, Gartman also stated that falling stock market prices – which he feels are already expensive anyway – could trigger the next sell-off in gold.

“For the past several months they’ve been moving in conventional with each other … as gold goes up so have stocks … that consistency between the two shall continue for a lot longer … so if stocks start to tumble you’ll get a correlative sell-off in the gold market,” he said.

What do you think about Dennis Gartman exiting gold? Let us know in the comments section below.

To celebrate the third anniversary of Bitcoin Cash, the world-class gaming platform Bitcoin Cash Games is launching a leaderboard tournament...