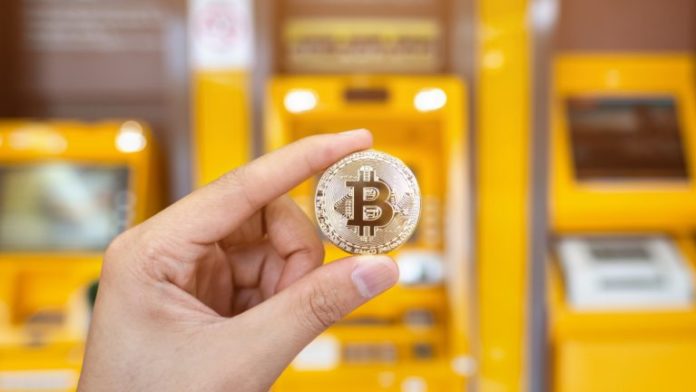 The bitcoin ATM industry has reached a milestone as the number of machines installed worldwide has surpassed 10,000 after seven years since the first machine was installed. There are now 10,162 bitcoin ATM locations spread across 71 countries.

The number of cryptocurrency ATMs has grown significantly over the years, surpassing 10K last week. “It took industry roughly 7 years to reach this point since the first permanent bitcoin ATM installation in the end of 2013,” cryptocurrency ATM tracking website Coinatmradar wrote. “After the first 3.5 years, there were 1,000 active bitcoin ATMs in operation, over the next 3.5 years this figure has increased by 9,000 ATMs more.”

According to the site, 10,162 cryptocurrency ATMs have been installed in 71 countries. There are also 211,270 other locations that sell bitcoin such as mall kiosks and convenience stores.

Coinflip CEO Daniel Polotsky has shared some insights into the bitcoin ATM industry with news.Bitcoin.com. “With 10,000 machines placed globally, bitcoin ATMs have become the go-to service for those participating in the cash-to-crypto market, including a significant amount of the unbanked and underbanked,” he began. The CEO added that his company is installing between 30 and 50 bitcoin ATMs per week and is on track to have 3,000 bitcoin ATMs by the end of next year.

The U.S. is still in the lead with the most bitcoin ATMs installed (8,004 locations), followed by Canada with 879 locations, the U.K. with 281 locations, Austria with 152 locations, Spain with 105 locations, and Switzerland with 81 locations.

Genesis Coin tops the list of bitcoin ATM manufacturers, with 3,574 of its machines installed, followed by General Bytes with 2,964 machines, Bitaccess with 1,040 machines, Coinsource with 632 machines, and Lamassu with 518 machines.

There are also many bitcoin ATM operators. The top 10 operators run 5,263 crypto ATMs (52%). There are 545 other operators, running 4,857 crypto ATMs, according to Coinatmradar. Coin Cloud tops the list, followed by Coinflip, Bitcoin Depot, Rockitcoin, Coinsource, and Bitcoin of America.

“There will be an influx of new investors that need help getting started during the next bull run. By stressing simplicity and personalized service, bitcoin ATMs will be vital in converting interest into adoption,” Polotsky explained. “As blockchain-based financial services develop as an industry, ATMs will become an essential gateway for the underbanked. These populations can benefit the most from a more inclusive financial system, and bitcoin ATMs are among the few gateways they can use.”

The Coinflip CEO also revealed that “There has also been a surge of first-time retail investors who need a simple buying process and personalized support.” In his view:

Bitcoin ATMs have gained an edge over the competition within specific demographics due to the onramp’s speed and ease of use. Customers don’t need to be tech-savvy to locate a machine, call a support representative, and get through a transaction within five minutes.

Polotsky also noted that among the users of Coinflip’s bitcoin ATMs, one group stands out. “A significant portion of our user base is the underbanked and low-income communities who transact primarily in cash,” he said. “These groups use our machines to transfer money, pay bills, invest, and more. We take pride in the fact that we’re the gateway into crypto for many people who prefer our security, convenience, and ease of use.”

He pointed out that “Aside from the ATMs buying process’s benefits, there are many individuals with a strong cash preference.” Moreover, he asserted, “Exchanges are some of the most influential companies in the sector, but they have a blind spot: they can’t serve customers who wish to pay in cash,” adding that “Bitcoin ATMs were created to fill this gap in the market.”

“We believe that cryptocurrency and blockchain have the potential to accelerate financial inclusion across the world,” he opined, noting that “Bitcoin ATMs are one part of the solution.” As for his company’s future plans, he said Coinflip is planning a global expansion as the U.S. market gets more saturated, concluding:

We believe that crypto adoption will outpace the move away from cash and that bitcoin ATMs will be around globally for years to come.

What do you think about the growth rate of bitcoin ATMs? Let us know in the comments section below.

The UniDex Bot is an amazing amalgamation of two things: a cryptocurrency with the ticker UNDB, and the other is...