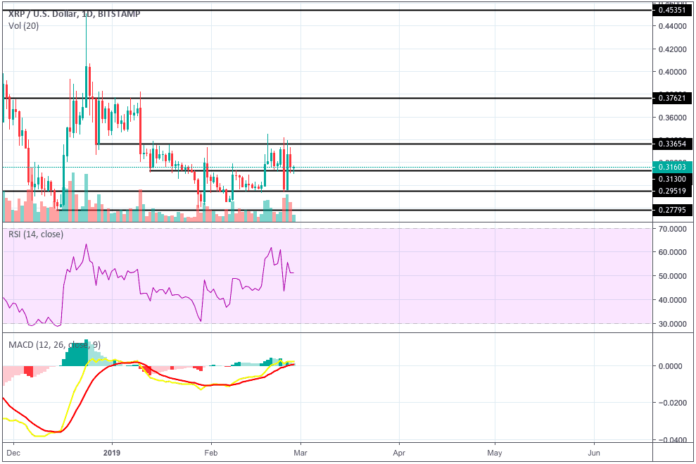 In a lot of ways, XRP has not met expectations after being listed to Coinbase.

Listing expectations have been discussed continuously since 2017, and the listing finally became a reality when Coinbase made the official announcement on the 25th that they will be listing XRP. 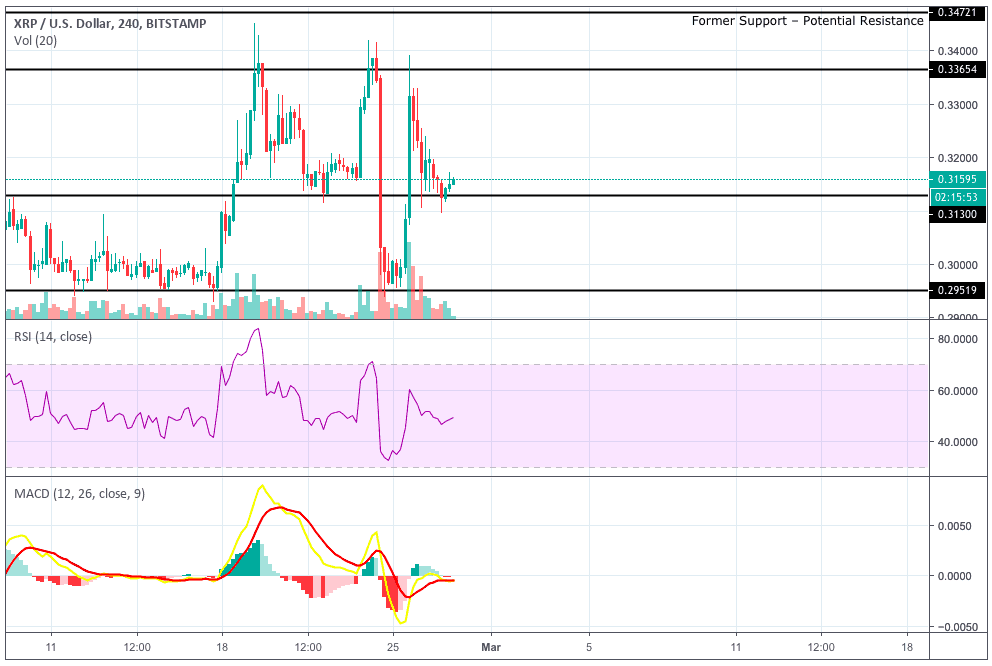 XRP did appreciate on the announcement and outperformed other top cryptocurrencies.

However, the price increase failed to form a higher high and has since started to reverse.

The reversal has failed to be followed up with a second wave of buying, and it seems that the impact of a listing to Coinbase for XRP was overhyped.

The daily candle for XRP is currently forming a Doji which reflects uncertainty from traders.

The next resistance level to monitor is at $0.336.

The failure to form a higher high despite bullish news released is an overall bearish sign for the market structure of XRP. 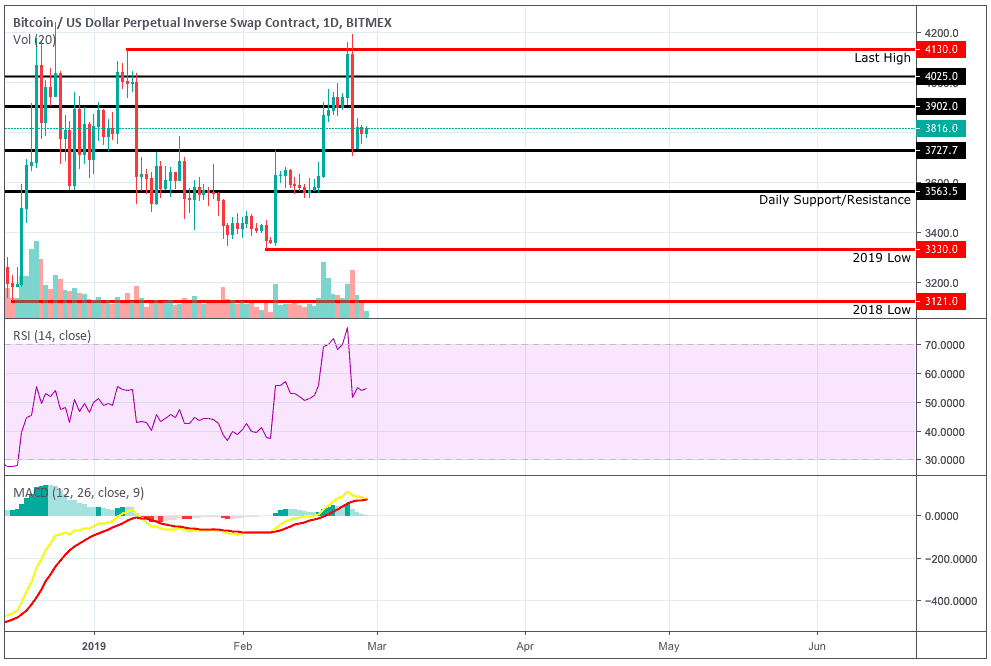 The last two daily candles for Bitcoin have been forming as small-bodied candles showing the price trading within a relatively tight range.

Price initially had a small recovery after the significant market crash that took place on Sunday, but it has since been consolidating.

The drop which took place on Sunday resulted in the price failing to surpass the point of the last high for Bitcoin resulting in a bearish market structure.

This along with the consolidation being seen likely leads to more bearish price prospects for Bitcoin from here. 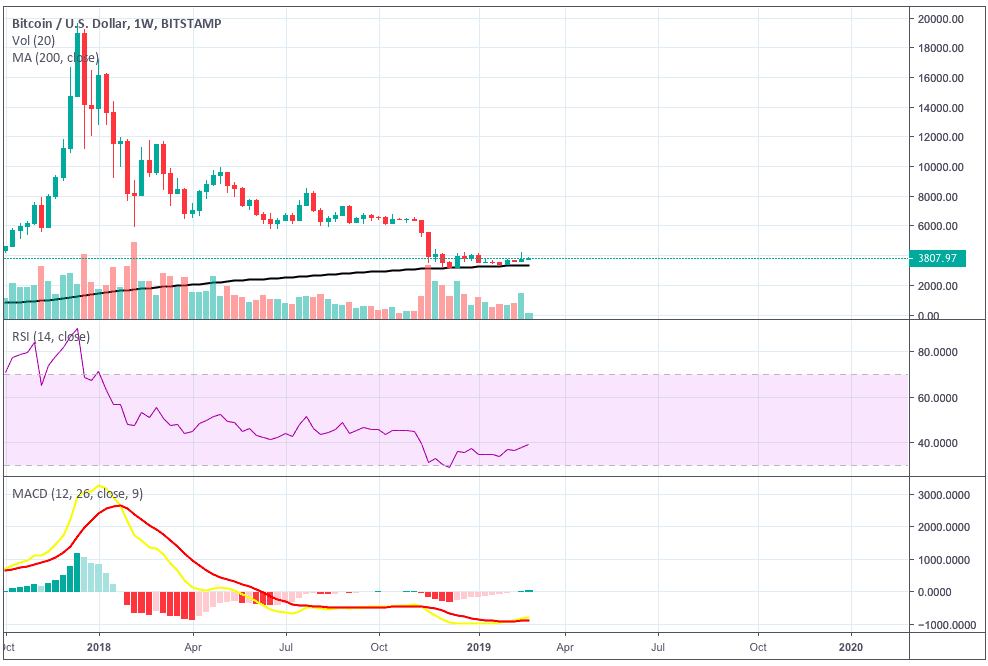 The price, however, has also been forming higher lows on the weekly chart and meeting support at the weekly 200 SMA.

This area should be monitored for strong support if the price drops.

A break and candle close below this point would likely result in extremely bearish price action. 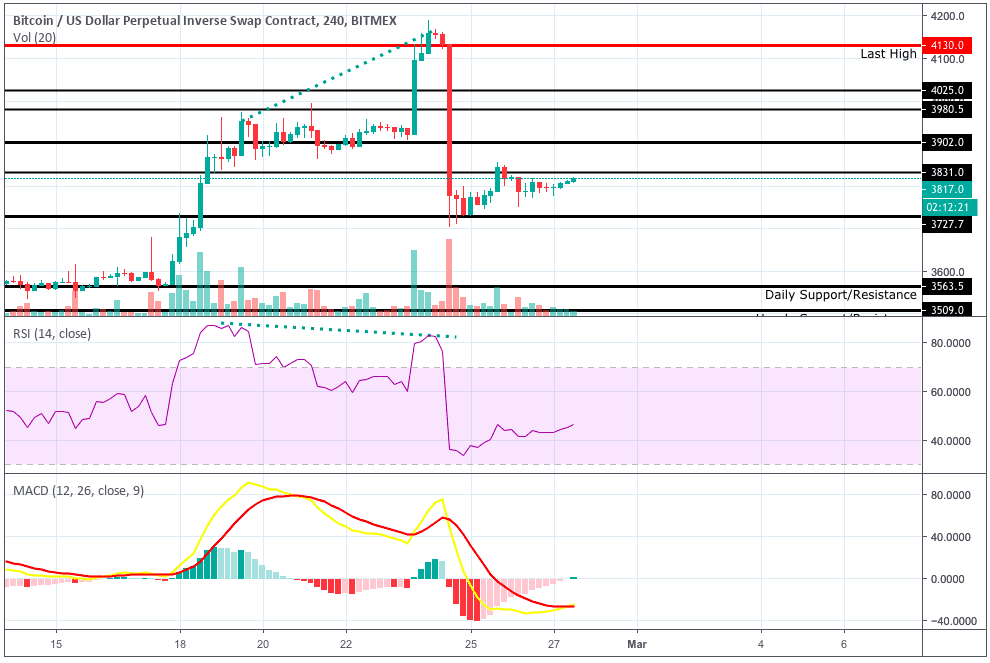 On the shorter-term 4-hour timeframe, the price seems to have risen to a point where it is meeting resistance at $3831.