SHANGHAI The head of major Chinese bitcoin exchange BTCC said on Thursday the platform was operating normally and that it had stopped offering margin loans last week alongside its competitors Huobi and OkCoin.

Chief Executive Bobby Lee also told Reuters that the company had yet to receive any official document from China’s central bank, amid state media reports that the People’s Bank of China (PBOC) had found “hidden risks” in the BTCC exchange after a probe.

The central bank launched spot checks on BTCC, Huobi and OkCoin on Jan. 11 to look into a range of possible rule violations, amid a step up in government efforts to stem capital outflows and relieve pressure on the yuan currency.

While the yuan lost 6.6 percent against the dollar last year, its worst performance since 1994, the bitcoin price has soared to near-record highs.

Lee also said that the three exchanges had discussed introducing trading fees although they had yet to reach a conclusion. Bitcoin normally trades at a premium in China as the lack of trading fees encourages volumes and boosts demand. 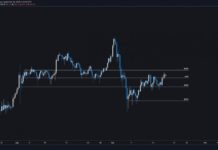 The Federal Bureau of Investigation (FBI) has found itself in the midst of a controversial debate in regards to the...