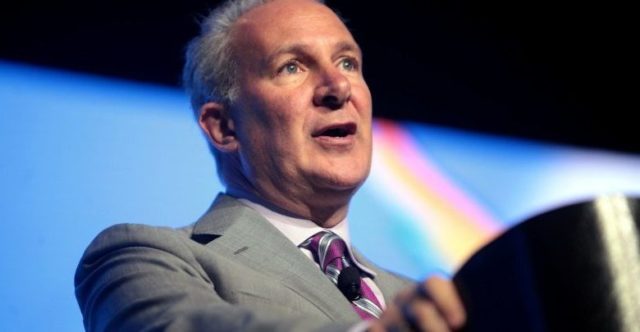 Bitcoin proponents have rallied round to denounce gold bug Peter Schiff after he said the cryptocurrency has proven it is not a safe haven.

In a Twitter debate on August 29, Schiff used the sudden weakness in the Bitcoin price to suggest it was an unreliable alternative investment to assets such as stocks and fiat currency.

He rejected previous theories that BTC could help investors looking to hedge risk from exposure to factors such as the US-China trade war.

Bitcoin lost around 8% on Thursday, taking its price to below $9500 – a level it has stayed at since.

The concept of Bitcoin as a safe haven has seen major traction in recent months as stock markets worldwide tumbled. The largest cryptocurrency nonetheless remains a no-brainer investment: BTC/USD is up 150% since the start of 2019.

Schiff is well known as a Bitcoin naysayer. Recent weeks have seen him at the center of a number of clashes with the BTC community, some of which became media spectacles.

Last week, the gold mogul said that Bitcoin would never reach the kind of price levels its foremost figures hope for. $50,000, he tweeted, was impossible, while gold would “eventually” become worth $5000.

Responding to his latest comments meanwhile, the Twitter account known as Parabolic Trav took Schiff to task over his apparent logical fallacy.

“Why on earth would Bitcoin be a safe haven? Bonds are the safe haven in the current paradigm. Nor is gold a safe haven,” a noticeably triggered Trav wrote.

“Bitcoin is simply, over time, ‘number go up[.]’ If you try to fit it into the legacy financial analysis box, you’ll be rekt[.] Which is what you are Pete!”

Gold has nonetheless performed strongly this year. In August, the precious metal reached a new record price against the euro.

Going forward, other BTC participants expect current price underperformance to become an insignificant issue. In an interview with Bloomberg this week, Galaxy Digital CEO Mike Novogratz said the tide of institutional investor involvement would slowly start to show its impact on Bitcoin markets.

What do you think about Peter Schiff’s latest ani-Bitcoin argument? Let us know in the comments below!

When crypto markets fall hard in a few hours panic usually sets in. A torrent of sell orders usually floods...