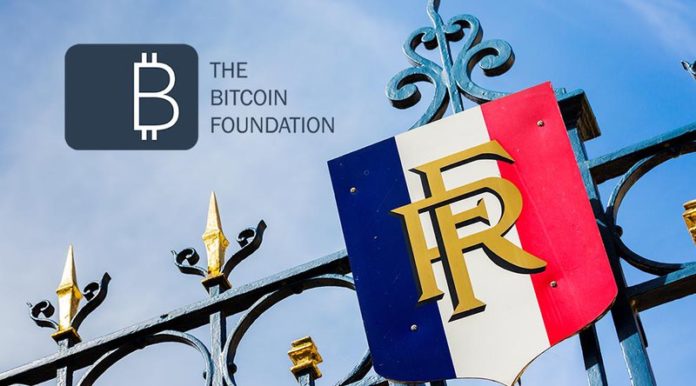 On September 23, 2018, the Bitcoin Foundation sent a letter to the French Parliament asking that they reject a new crypto asset amendment being proposed in the PACTE Bill, which deals with the growth and transformation of France’s businesses and the country’s employee savings.

The amendment was suggested by members of France’s new social liberal party La Republique En Marche (LREM) on September 21, 2018. Should the amendment pass, it would allow the French government to adopt the recommendations of what’s known as the Landau report, a proponent of New York’s BitLicense.

Llew Claasen is the executive director of the Bitcoin Foundation. Speaking with Bitcoin Magazine, he states that the amendment is wrong for France and will leave the country behind when it comes to technological advancement in the blockchain and crypto space.

“The amendment seeks to introduce a licensing requirement for any provider of digital asset services, with digital assets being very widely defined to include any crypto asset that would not already be regulated as a financial instrument, including for non-financial use cases,” he explains.

“The licensing regime described is arbitrary and far-reaching, offering no certainty around how the regulator will determine what would be needed to get a license, keep a license or even how long it would take to get a license. Additionally, the summary suggests than an important reason for the creation of the regulations is anti-money laundering and anti-terrorist financing when there is no reason to suggest that crypto assets are used in that way at any meaningful scale.”

Claasen says that New York’s BitLicense has destroyed both fair competition and blockchain innovation within the state. He is concerned that France will experience the same results if the amendment garners majority approval.

“Since the BitLicense was introduced in New York in August 2015, only seven licenses have been issued, all of them to large, well-funded organizations,” he states. “An entire industry packed up and moved out of New York after the BitLicense was promulgated, and it will happen in France.”

Claasen is adamant that the country — and Europe, in general — doesn’t need new crypto regulation, but rather a light hand and guidance notes from regulators that describe desirable market behavior. He says blockchain technology is too new and immature, and that its final use cases and best practices are too uncertain to force it into a rigid licensing regime. He believes regulators need to spend more time understanding how the technology works before they can make any valid decisions regarding how it should be officiated.

“Most blockchain products will tend toward a decentralized, private, peer-to-peer state including the absence of a sponsor, a reporting entity or a governing body,” he states.

“Many crypto-specific regulations assume that the centralized transitionary states of these projects reflect their end state, and that these networks can be regulated in the same way that one might regulate a juridical or natural person. They can’t, even if we’d like them to be. These networks are a completely different way of coordinating economic activity that seeks to be more scalable, but we need more time to figure things out. Bad behavior by some predatory market participants should not be taken as a signal to snuff out all development in this space.”

Founded in September 2012, the Bitcoin Foundation has sought to bring top figures in the crypto community together to build awareness regarding bitcoin’s benefits, uses and requirements for global adoption, although it has been somewhat out of the spotlight in recent years. Members are now asking French cryptocurrency experts to reach out and assist in establishing the organization’s presence in the country and bring an early end to the proposed amendment.

Grayscale Bitcoin Investment Trust (GBTC) has its assets hitting their lowest point since the all-time highs at the end of...