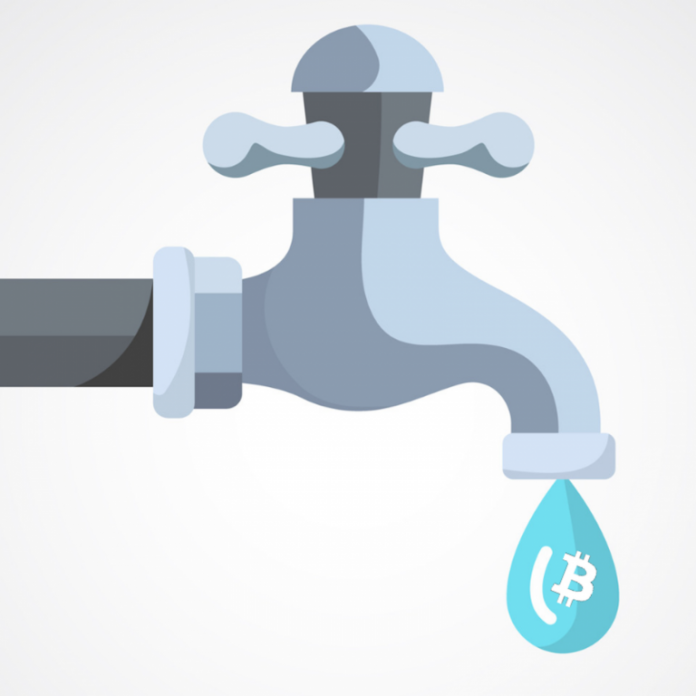 With no exchanges, P2P marketplaces, or escrow services in Bitcoin’s earliest days, acquiring coins wasn’t easy. You either mined them or begged someone on the Bitcointalk forum to sell to you OTC. Then, along came a developer called Gavin Andresen who created a faucet that allowed anyone to claim free BTC.

How Gavin Andresen Turned on the Tap for Bitcoin

“For my first Bitcoin coding project, I decided to do something that sounds really dumb,” wrote Gavin Andresen. “I created a website that gives away bitcoins.” It was June 2010 and, in an era when obtaining BTC wasn’t easy, Andresen’s idea proved to be very smart. For the nascent cryptocurrency community to grow, it was essential that bitcoin be distributed as widely as possible. Only through having skin in the game, and sending and receiving BTC, would it be possible for people to understand Bitcoin and for it to grow from an idea into a global phenomenon.

Bitcoin faucets were the original airdrops, and Andresen’s was the first faucet. To begin with, it dispensed 5 BTC per visitor, each of whom was required to do nothing more than complete a captcha. The notion of receiving a king’s ransom in BTC for little more than visiting a webpage seems outlandish today, but back then, 5 BTC was worthless in dollar terms. “It only gives 5 coins [a day],” complained the second forum user to reply to Andersen’s post (the first was bitcoin pizza guy Laszlo). Satoshi was impressed though, enthusing:

Excellent choice of a first project, nice work. I had planned to do this exact thing if someone else didn’t do it, so when it gets too hard for mortals to generate 50BTC, new users could get some coins to play with right away.

To those who had the perspicacity to appreciate what they were taking from the tap, those bitcoins were priceless. A handful may have hodled, but the majority of claimants will have long since frittered their coins away on sites like Satoshidice and later Silk Road. Faucets such as Andresen’s were forerunners to the sort of websites where BTC could be exchanged for goods and services.

One thing that anyone revisiting the early Bitcointalk threads will note is the benevolence that pervaded: More than one individual found security holes in Andresen’s faucet, and one drained his wallet of BTC before kindly returning it and explaining how to patch the flaw. Through altruistic deeds such as these, bitcoin’s early adopters gave the cryptocurrency its value back then, placing community ahead of personal profit.

To fuel the first faucet, Andresen loaded it with 1,100 BTC of his own. After these were disbursed, the faucet was reloaded, with early bitcoin miners and whales also donating coins. “Bitcoins are a new kind of money,” explained Andresen’s faucet website. “They aren’t created or controlled by a government (like dollars or euros), they’re created and controlled by anybody who wants to be part of the Bitcoin payment network.”

“What’s the catch?” asked the last of the four questions on the developer’s website, to which came Andresen’s reply: “I want Bitcoin to be successful, so I created this little service to give you a few coins to start with.”

It’s fair to say that both Bitcoin and Andresen went on to overachieve in some style. By the time the faucet had dispensed its last coins in early 2011, 19,715 BTC had passed through Andresen’s wallet. Bitcoin, meanwhile, was on the way to its first parabolic price spike, mainstream media coverage, political censure, and a world of adventure. But those are all tales for another time in Bitcoin History.

Bitcoin History is a multipart series from news.Bitcoin.com charting pivotal moments in the evolution of the world’s first and finest cryptocurrency. Read part one here.