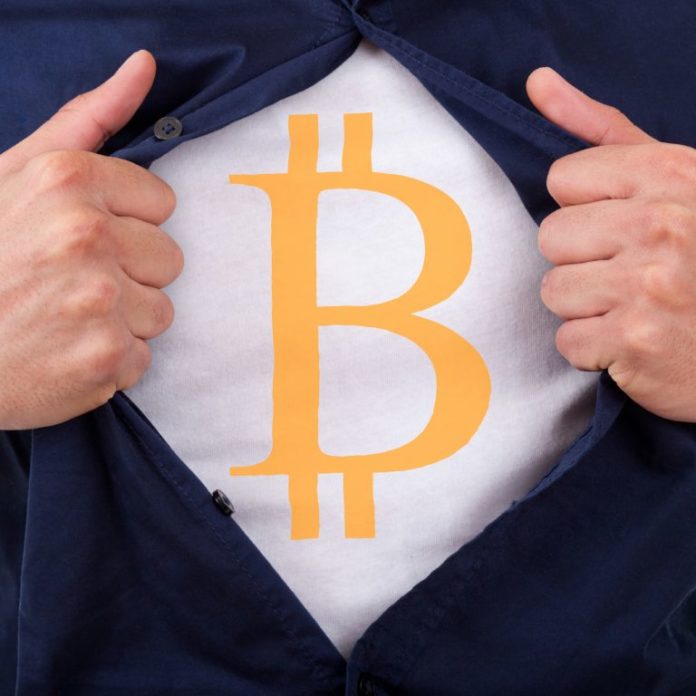 In today’s Bitcoin in Brief we are focusing on some truths that have been uttered recently in regards to the latest attempt by authorities in New York to cross borders, when it comes to crypto controls and regulations. Also, crypto T-shirts, inspired by digital aesthetics, have been put on sale. Do you want to know why their design is a bit old-fashioned? Crypto markets are to blame… Kraken CEO, Jesse Powell, has been praised for saying what many in the crypto community have been thinking about the latest actions by authorities in New York. The state’s Attorney General, Eric Schneiderman, has sent letters to 13 crypto exchanges as part of his inquiry into policies and practices employed by the trading platforms. “Consumers have the right to transparency and accountability when they invest,” Schneiderman said, adding that many cryptocurrency traders do not have access to the “basic facts” needed to assess the integrity and security of these platforms.

Not complying with Schneiderman’s probe, Jesse Powell has refused to send complete the questionnaire, opt instead to respond with strong-worded language. “Kraken’s BitLicense prompted exit from New York in 2015 pays another dividend today. When I saw this 34-point demand, I immediately thought ‘The audacity of these guys – the entitlement, the disrespect for our business, our time! […] I realized that we made the right decision to get the hell out of New York,” he said in a Twitter post. Kraken’s chief executive was referring to the controversial licensing regime for crypto companies in the state.

Thanks for the Ethical Stance!

In his post, Powell also said that his company would be happy to help government understand the business, but “this is not the way to go about it.” “When is it going to be enough for New York? We did all this once already, and then you gave us the BitLicense […] This ‘questionnaire’ we received today proves that New York is not only hostile to crypto, it is hostile to business,” he stated. “Somebody has to say what everybody’s actually thinking about the NYAG’s inquiry. The placative kowtowing toward this kind of abuse sends the message that it’s ok. It’s not ok. It’s insulting,” Kraken CEO tweeted. Powell’s comments received support from colleagues and members of the whole community. “Jesse – thank you for taking the ethical stance and speaking up for what’s right”, Shapeshift CEO Erik Voorhees wrote on Twitter. “Crypto has brought more transparency to finance and protection to consumers than the last 100 years of bureaucratic nonsense that has spilled from the sewers of New York,” he said.

From Crypto Truths to Crypto T-shirts

A “Crypto T-shirt” is now available from The Hundreds. As they say, it’s “inspired by digital aesthetics and iconography, featuring graphic flips on cryptocurrency logos, services, and sites”. The T-shirts can be ordered online. They take cryptos for the limited edition. You can buy yours with any of the following digital coins: Bitcoin, Bitcoin Cash, Litecoin, and Ethereum. However, keep in mind that it’s available for purchase only through a Coinbase account. According to the product’s description, the back print is a Bitcoin flip, rendered in wire frame, and with the RGB color spectrum used in the representation of images in electronic systems. The graphs refer to the rise and fall of the mentioned cryptocurrencies. The currently available designs on the T-shirt, however, depict a drastic drop. The message is a bit outdated, as it doesn’t represent what we are currently witnessing in the markets. Bitcoin is now trading well over $8,000 USD, while Bitcoin Cash just crossed the $1,000 dollar mark.

Privacy web browser Brave Software and Dow Jones Media Group have just announced a partnership through which the companies aim to test blockchain technology in digital publishing, among other exciting plans. Under the agreement, Brave will provide access to premium content from Dow Jones to a limited number of users who download the Brave browser. The available content set features full access to Barrons.com or a premium MarketWatch newsletter. The companies intend to experiment with blockchain-based technologies in media and advertising. A number of innovative solutions in the news and information space will be tested. Content will be delivered via Brave’s blockchain-based digital advertising and services platform. Under the agreement, Barron’s and MarketWatch, both Dow Jones Media brands, will become verified publishers on the Basic Attention Token (BAT) platform, developed by Brave.

Do you think Kraken CEO Jesse Powell did the right thing refusing to comply with NYAG’s inquiry? Share your thoughts on the subject in the comments section below.