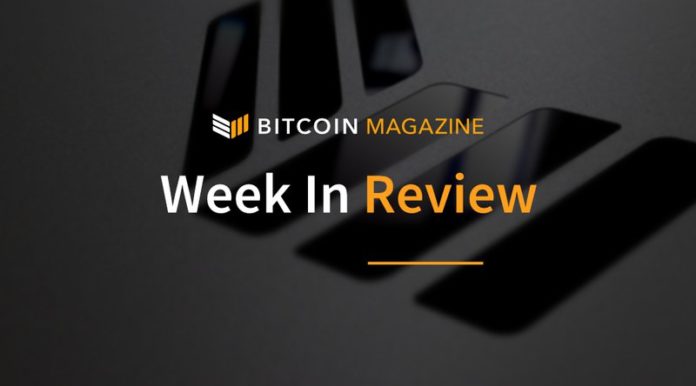 Coinbase continues to grow with its acquisition of Earn.com this week, getting both a CTO and a company out of the deal. In the meantime, the New York Attorney General is working to bring greater transparency into how cryptocurrency exchanges operate with a letter and a three-page questionnaire going out to 13 exchanges, one of which is Coinbase.

The seemingly neverending struggle to find a new online ad model continues with a new proof of concept slated to be released next month from a triumvirate of companies with different interests in the question, IBM, Salon and AdLedger. Advertising however is the least of the problems faced by Telegram as Russian security forces try to crack down on the popular messaging app, even going so far as to block huge swathes of IP addresses.

Cryptocurrency exchange Coinbase is buying Earn.com, a social network that allows users to earn digital currency by replying to emails and completing small tasks online. In the process, Coinbase has made Earn.com co-founder and CEO Balaji Srinivasan its CTO.

Coinbase has been on a bit of a buying binge lately having just acquired Cipher Browser last week, making Earn.com their fifth acquisition. While Coinbase hasn’t revealed how much they spent, it is telling that Earn.com has raised more than $120 million in a series of funding rounds. In addition to the tech talent and technology acquired by Coinbase, Srinivasan said the plan is to “scale it up across Coinbase’s massive user base.”

In the interest of bringing greater transparency into how cryptocurrency exchanges operate, New York Attorney General Eric Schneiderman has sent letters to 13 virtual currency exchanges requesting they disclose key information about their operations. The letter was part of a “Virtual Markets Integrity Initiative” launched by Schneiderman to shine a light on the policies and practices of platforms used by consumers to trade virtual currencies and initial coin offering (ICO) tokens.

In addition to the letter, the attorney general sent a three-page questionnaire to Coinbase, Gemini, Bitfinex, Poloniex and nine other exchanges asking them to disclose details such as the banks used, fees charged and how they are derived, how funds are held, who has access to their order books and the scope of third-party audits.

The internet has made advertising models increasingly complicated, where advertisers and publishers once had a one-on-one relationship, today’s ads go through a series of intermediaries before they reach their target audience. The model allows for fraud that siphons money away from advertisers by spoofing them with fake impressions. Some estimates show that one third of paid-programming impressions are not viewed by actual people.

Joining a growing list of companies looking to address this problem, Salon is teaming up with IBM and nonprofit AdLedger to participate a proof-of-concept permissioned blockchain for programmatic ad buying. The project is expected to launch next month.

Telegram CEO Pavel Durov is battling against Russian security forces, after they implemented a block on Monday, April 16, 2018, on the messaging app when it refused a court order to “grant state security services access to its users’ encrypted messages,” according to Reuters.

He is offering bitcoin grants to both companies and individuals alike that run proxy servers and virtual private networks (VPNs). He says he’s “happy to donate millions of dollars” from his personal stash to illustrate and assist in this cause, noting that both VPNs and proxy servers work against the hindrances set in place by Russian authorities.