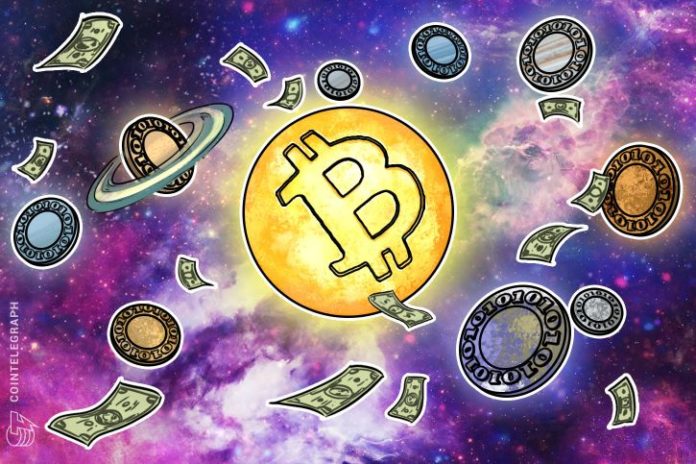 Speaking to CNBC on the network’s Fast Money segment, Danny Masters identified several changes which would need to occur in order for Bitcoin to see the $20,000 price tag once again.

“We need to see this structure continue to build,” he told presenters.

“We need to see the custody solutions come and be provided. We need indices and we need performance measures where we can actually start to understand what we’re talking about and measure our performance. We need to do more mature work around the ICOs… and just give investors more clarity, better expectations, more transparency.”

Masters was speaking as the Consensus 2018 conference drew to a close in New York. The event received criticism this year after Bitcoin industry figures said it focused too much on blockchain-based tokens and “buzzwords” instead of examining progress.

In summary comments online, Bitcoin core developer Johnathan Corgan even described the atmosphere as “like all the popular kids (Blockchain) are publicly bashing the geeks and nerds (Bitcoin) while privately trying to copy their homework.”

Outside, traders were also disappointed by the bullish price forecasts on the back of the conference, such as the 70% gains from Fundstrat Global Advisors cofounder Tom Lee, so far failing to come true.

For Masters, however, a longer-term first-mover advantage is a decisive aspect of Bitcoin.

Last week, we brought readers attention to the action in Tron (TRX) where we noted the following, “While overall market...