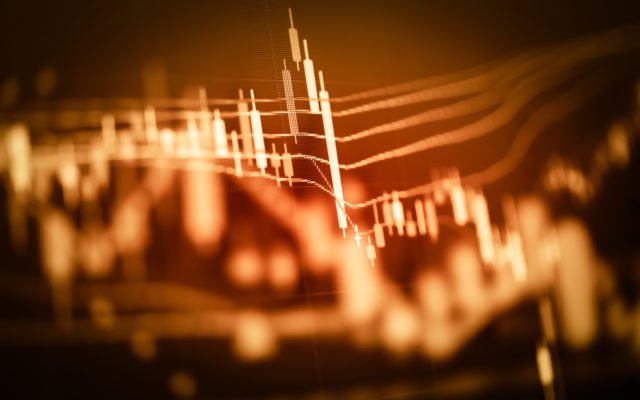 The euphoria as bitcoin price raced into the $12,000 zone was cut short yesterday as it dumped even faster. The minor retreat was halted by support and BTC appears to be slowly climbing back up during Asian trading again today.

From yesterday’s double-tap above $12,300, bitcoin retreated sharply back to an intraday low of $11,200 according to Tradingview. Although the king of crypto is still down almost 6% on the day, there was no major thousand dollar dump and support held fast. At the time of writing, BTC had returned to support around the $11,600 level and was trading at 00.

Bitcoin has now dropped below the 50-hour moving average but has held this level and the RSI on this time frame is below 50 which could indicate further upsides. On the four hour chart, a golden cross is about to form which is a largely bullish signal. 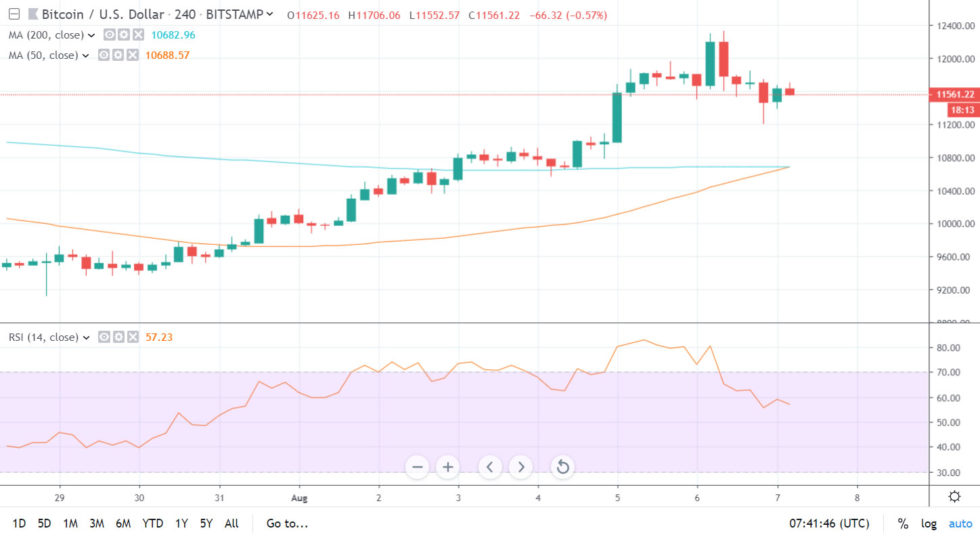 When the faster-moving 50 MA crosses the slower 200 MA it is a sign of strengthening trend which could also lead to more bullish momentum providing the pattern plays out. The short term time frames show BTC being down but on the week it has made almost 20% since last Wednesday when it traded at $9,750.

Crypto charter ‘dave the wave’ has been looking at fractals to try to identify where the correction limits are. His assumption is that there will be further declines though not as far as the previous 34% dips.

“As far as an update on the fractal goes, this correction [assuming a further correction] looks not be as steep. This fractal may have run its course as with any comparisons they will break down at some point.”

As far as an update on the fractal goes, this correction [assuming a further correction] looks not be as steep. This fractal may have run its course as with any comparisons they will break down at some point. pic.twitter.com/FOzubTMZ9U

It is no surprise that a slight blip in bitcoin prices has sent the altcoins plunging off the cliff like the digital lemmings they are. Every cryptocurrency in the top forty is in the red at the moment aside from Tezos which has added 4% today.

Ethereum slid 4% back to $225 while XRP continues to weaken and is now back at $0.314 with very little momentum insight. Litecoin is being dumped as the halving FOMO fades and LTC falls below $95. Bitcoin Cash, as a result, has reclaimed the fourth spot, though it too has dropped a few percents today.

Total market capitalization has shrunk by $15 billion in 24 hours and is back at $303 billion right now. Everything is waiting on the next move from bitcoin as the rest of the altcoins are merely its shadow now.

Will bitcoin price get back over $12,000 this week? Add your thoughts below.