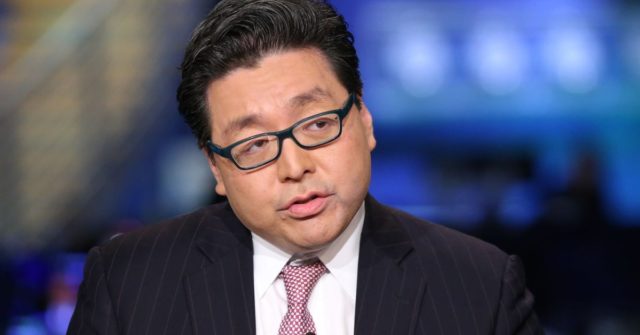 The Bitcoin price is less likely to go lower due to external factors in its current bull run, one of the crypto industry’s best-known analysts has said.

Discussing the impact of changes in areas such as the US-China trade war, Tom Lee of Fundstrat Global Advisors noted that Bitcoin was moving for other reasons.

While the largest cryptocurrency had jumped as tensions between the two nations rose, a surprise truce last week failed to undo any of the gains.

“Easing of tensions with US and China and even the surprise of easing restrictions on (Huawei) does not seem to be hurting (Bitcoin),” Lee summarized.

“…Bitcoin seems to be OK with developments.”

After pullback from $14k to $10k (which TA @rsluymer expected and was textbook Fibo), Bitcoin seems to be OK with developments. pic.twitter.com/dI7V8qbRCY

In June, theories focused on Chinese buying behavior in particular as potential motivation for Bitcoin rising to $13,800. Despite buying and selling cryptocurrency being illegal in China, investors are thought to use stablecoin Tether as an entry point.

Speaking to mainstream media, a source at JPMorgan Chase said US-China pressure on markets could keep lower until September.

I think for now, markets have taken on a more optimistic and upbeat tone at least since the weekend. And I think this optimistic tone will continue for the next couple months

Lee was commenting before a fresh correction hit Bitcoin markets, with support failing to hold at $11,000 on Monday.

The retracement, however, was broadly expected. A parabolic rise to almost $14,000, which followed three months of solid gains, should notionally end in a pullback to preserve long-term potential, analysts said.

This week, predictions as to exactly how low that pullback will go continue to take shape, with one theory centring on a floor between $6500 and $7000.

Industry developments may yet change that trajectory, with institutional trading platform Bakkt set to begin testing its long-awaited Bitcoin futures in week three this month.

For many industry figures, there remains plenty of reason to be bullish. Barry Silbert, the CEO of cryptocurrency investment conglomerate Digital Currency Group (DCG), ridiculed gold traders failing to profit off the same geopolitical upheaval as Bitcoin.

What do you think about current Bitcoin price behavior? Let us know in the comments below!