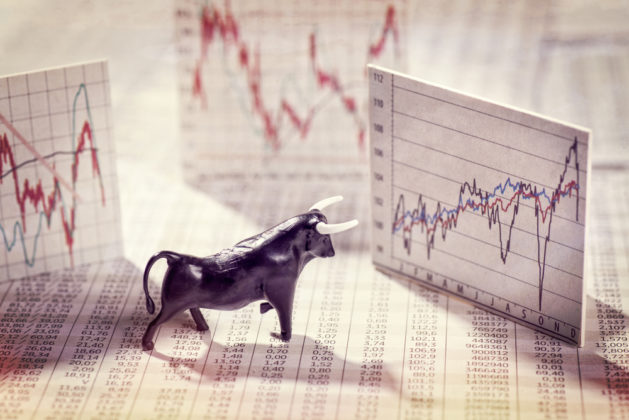 Bitcoin has remained in firm bull territory over the past several weeks, despite it showing some signs of immense weakness
Much of the benchmark cryptocurrency’s current strength comes from its ability to hold above its SMA50
One analyst believes that this is the level that will determine the crypto’s future in the days and weeks ahead
He also notes that some hidden bullish divergences are working to counter the weakness stemming from BTC’s “somewhat defined” downtrend and its lack of momentum

Bitcoin has been caught within the throes of one of the most prolonged bouts of sideways trading it has seen in years.
Since the start of May, BTC has been establishing a trading range between $9,000 and $10,000.
Each journey outside the boundaries of this range has proven to be fleeting, and in recent weeks its volatility has cratered as it trades between $9,000 and $9,300.
This type of trend is typically followed by large movements, and some analysts hypothesize that the longer Bitcoin trades sideways, the bigger its next move will be.
As for where this movement will lead it, one analyst noted in a recent post that multiple technical factors are playing into the favor of bulls.
Bitcoin Remains Bullish in the Mid-Term Despite Signs of Overt Weakness
Over the past day, Bitcoin has been facing multiple harsh rejections at $9,300 that have stopped it from seeing any further upwards momentum.
Buyers’ inability to sustain the rebound that was first sparked when the crypto rallied from recent lows of $8,950 does seem to be a grim sign.
That being said, one analyst believes that the benchmark digital asset remains in an excellent mid-term position.
In a recent blog post, the pseudonymous trader explained that BTC’s ongoing consolidation had come about after a notable break above a macro descending trendline.
He contends that this is positive over a longer time frame:
“Long-term perspective is still favoring bullish scenario rather than bearish, due to the fact that BTC/USD broke out above long-term bearish trend and have been consolidating after breakout, under the resistance since.”

Image Courtesy of CryptoBirb. Chart via TradingView.
Here’s the Critical Technical Level that Could Determine BTC’s Fate
The same analyst also believes that the crucial technical factor to consider in the near-term is Bitcoin’s positioning relative to its SMA50 – a critical moving average that it is currently trading above.
He believes that BTC is robust as long as it remains above this level, which currently sits within the mid-$8,000 region.
“As long as bitcoin provides trading above the 50-week average, it’s leaning more towards 10.5k+ targets and new highs. If closed below, then we talk MTF-HTF shorts.”
Once Bitcoin exits its consolidation phase, it will be imperative to watch this moving average closely.
Featured image from Shutterstock.
Charts from TradingView.

The most popular stablecoin tether (USDT) has officially been minted on the Bitcoin Cash blockchain via the Simple Ledger Protocol...