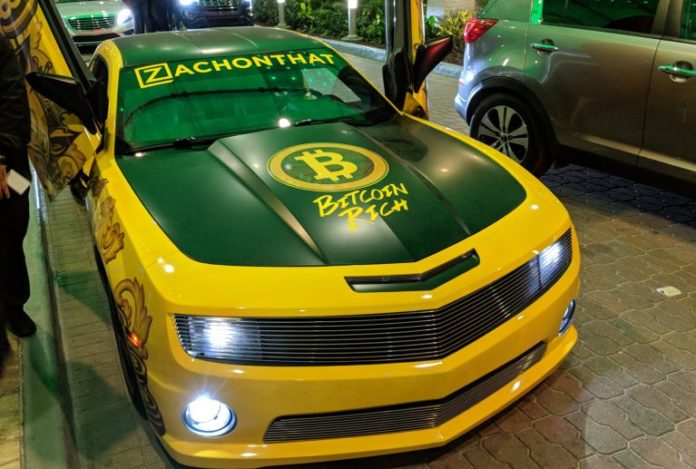 On Wednesday, the “Hurun Global Rich List,” a ranking of the wealthiest individuals, published its 2020 report that notes the world saw 346 new billionaires last year. This year’s list also includes six blockchain entrepreneurs who made the Hurun Global Rich List through cryptocurrency investments.

The Hurun Global Rich List is well known for documenting the wealthiest individuals on the planet and in 2020 there is a record number of billionaires worldwide. An estimate from the list published on Wednesday shows a world record of 2,816 billionaires and China and the U.S. take the lead with 1,425 individual billionaires between both countries. Amazon founder Jeff Bezos is the richest man in the world and has been for the past three years. Bezos owns a cool $140 billion but lost $7 billion last year.

Moreover, Bezo’s ex-wife Mackenzie made the list for the first time as she now owns $44 billion. In addition to the latest list of the world’s rich and famous, six cryptocurrency moguls are listed on the 2020 Hurun Global Rich List. Last year, there were 13 listed within Huran’s report and Bitmain’s Jihan Wu was one of them. However, Wu and a few others did not make the list this year , but Bitmain cofounder Zhan Ketuan is mentioned.

This year’s list shows that the 42-year-old founder of Binance, Changpeng Zhao (CZ), is the wealthiest of the crypto bunch in Huran’s report. Of course, it’s also pretty likely that there are a few wealthy crypto entrepreneurs not listed this year due to uncertainty. Last year, CZ had $1.3 billion according to the 2019 Huran report and this year he’s allegedly got $2.6 billion. Huran notes that the second wealthiest crypto investor is Bitmain co-founder Zhan Ketuan who reportedly has $1.6 billion as shown in Huran’s report. Last year’s report explained that Ketuan had $2.7 billion, which means Ketuan is down $1.1 billion. However, Ketuan only lost half (41%) of what 2019’s biggest loser lost as Wework’s Adam Neumann shed 80% of his wealth in 2019.

Five out of the six crypto wealthy this year run cryptocurrency exchanges and Okex executive Xu Mingxing follows behind Zhan Ketuan’s wealth. Huran’s 2020 list says Xu Mingxing (Star Xu) allegedly has around $1.4 billion. Huobi’s Li Lin is shown to have $1.1 billion and Coinbase cofounder Brian Armstrong made the list with $1 billion as well. Armstrong recently made headlines for his wealth as the chief executive of Coinbase runs the largest cryptocurrency exchange in the U.S. During a recent interview while Armstrong was discussing the benefits of cryptocurrencies and his wealth, the 37-year-old said:

I wanted the world to have a global, open financial system that drove innovation and freedom.

A Boom in Tech Valuations

The chairman and chief researcher of Hurun Report, Rupert Hoogewerf (Hu Run in Chinese: 胡润), explained that not only were global stock markets on fire last year, the tech sector also saw a significant rise in value. “A boom in tech valuations and strong stock markets across the US, India, and China propelled the billionaires to record heights,” Hoogewerf wrote in the 2020 Hurun Global Rich List. Out of the 2,816 billionaires, Huran’s report claims 68% are “self-made” while 32% of the list “inherited” their assets. The study also notes that the six crypto billionaires are “mainly from crypto exchanges.”

Other notable people on the Huran rich list this year include Warren Buffett who recently told the media he “doesn’t own any cryptocurrency” after Justin Sun gave him some. Reports say that Sun did give Buffett bitcoin and TRX, but after their meeting, “Buffett turned the wallet over to Glide Foundation as a donation.” Buffett is the world’s fourth wealthiest individual according to the Huran list, as he owns a decent amount of Berkshire Hathaway stock. The list also shows U.S. presidential candidate Michael Bloomberg has risen seven positions to 13th. Bloomberg recently addressed cryptocurrencies in his finance proposal and wants strict regulations imposed on the industry.