Over the past year and a half, we have been multiple “agreements” to make Bitcoin scale. Two of the agreements that stood out are the Hong Kong agreement, and the one recently formed in New York. Both of these proposals highlight some interesting aspects of making Bitcoin scale. It also goes to show how some things have changed, whereas others virtually remain the same.

A lot of Bitcoin enthusiasts were taken by surprise in February of 2016. All of a sudden, a Medium post was published regarding a consensus to make bitcoin Scale. It was decided Segregated Witness development would continue as a soft fork, with the release scheduled to take place in the months afterward. That is what happened exactly when the signaling for SegWit began on the Bitcoin network.

Moreover, the agreement revolved around working with all Bitcoin developers to create a safe hard fork based on SegWit improvements. As part of this hard fork, new features would be introduced. Such changes include the increase of non-witness data to 2MB. However,  this hard fork would only be adopted if there was a broad support across the entire Bitcoin community. Fast forward to today, and this hard fork is now scheduled to activate on or before July 31st of this year.

Perhaps the most interesting part was how all parties agreed to run Bitcoin Core-compatible consensus systems. Things have changed a bit since then, with various of the companies signing off on this agreement switching to support Bitcoin Unlimited a few months later. Among the companies initially signing off on this agreement were Antpool, Bitmain, OKCoin, and Huobi.

It is evident a lot can change over the course of 15 months. The new Bitcoin Scaling Agreement put together in New York this year revolves around activating SegWit at an 80% threshold. Additionally, the 2MB hard fork will follow within six months after the successful activation of Segregated Witness. On paper, this agreement followed the exact same path as the Hong Kong agreement a year prior.

One thing that stands out is how it was initially expected SegWit would reach a 95% activation threshold with ease. That was never a possibility, to begin with whatsoever. Lowering this threshold makes a lot of sense, albeit 80% is still quite high. Then again, this agreement was signed by 58 companies who represent 83.28% of the total hashing power at the time. Among the companies supporting it were Bitmain, BitFury, F2Pool, Purse, and ViaBTC.

Fast forward to today, and we are on the brink of seeing two competing scaling solutions activate on the network in quick succession. On the one hand, we have the Segwit2x proposal, which should reach activation before July 31st. However, there is still a group planning to activate the user-activated soft fork on August 1st. These concepts are not mutually exclusive by any means, but it is doubtful they will both be successful. 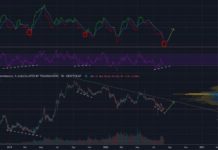 Luno has published results of a survey conducted from its Malaysian userbase. The findings yield fascinating insights into the development...