ZUG, Switzerland – November 4, 2020 – NovaDAX, the popular global digital asset exchange that originated in Brazil, today announces that it has introduced support for buying and trading Bitcoin SV [BSV] for its European customers. With immediate effect, a BSV/EUR trading pair is available for use on NovaDAX, part of a range of new offerings following the launch of its European operations earlier this month.

The move by NovaDAX to launch Bitcoin SV trading for its European customers follows the introduction of BSV/BRL and BSV/USDT trading pairs earlier this year. It comes as demand for Bitcoin SV continues to climb globally, as the utility of its massively scaling blockchain drives growth across its ecosystem of applications and services. Bitcoin SV also functions as a fast and cost-effective payments rail (sending a BSV payment currently costs less than 1/100 of a U.S. cent).

Launched in 2018, NovaDAX quickly grew to become one of the top exchanges in both Brazil and Latin America. In October 2020, NovaDAX officially launched its European operations via its UK Financial Conduct Authority (FCA) authorised entity, introducing several EUR fiat trading pairs, as well as the ability to deposit and withdraw via SEPA for all customers in European Economic Area (EEA) countries. NovaDAX in Europe offers all of its services in full compliance with all relevant EU laws and regulations. The entity of NovaDAX in Europe, is authorised as an Authorised Payment Institution (API) and an Electronic Money Services Directive (EMD) agent by the FCA.

“We’re developing NovaDAX in the European market to achieve outstanding results, just as we did in Brazil. We aim to provide the best liquidity in BSV/EUR trading pairs amongst all the major competitors in Europe while being regulated and authorised. We see huge potential in the adoption of Bitcoin SV and are aiming to provide the best experience in BSV trading which will bring us a lot of long term growth.”

“Bitcoin Association welcomes the addition of new fiat on-ramps to buy and sell Bitcoin SV for our European community. As a business that prioritises operating in a transparent and legally-compliant manner – and one that has already seen first-hand the growing wave of demand for Bitcoin SV all over the globe – NovaDAX is an ideal partner to continue that growth story across Europe.”

NovaDAX is a leading global crypto trading exchange, providing various crypto trading services to global advanced traders. As an international exchange with world-class team members around the world, NovaDAX receives internal investments from its holding company, Abakus Group, which has raised $300m in Series A to D financing.

Powered by Abakus Tech, the Nova ecosystem has its headquarters in Switzerland and NovaDAX base is located in Sao Paulo, Brazil. With its global headquarters in Beijing, China, Abakus Group has offices in Europe, America, Brazil and Southeast Asia and a world-class team of tech experts from Google, Amazon, Tencent etc, creating a company DNA that is focused around technology, innovation and agility.

The Association works to build a regulation-friendly ecosystem that fosters lawful conduct while facilitating innovation using all aspects of Bitcoin technology. More than a digital currency and blockchain, Bitcoin is also a network protocol; just like Internet protocol, it is the foundational rule set for an entire data network.  The Association supports the use of the original Bitcoin protocol to operate the world’s single blockchain on Bitcoin SV. 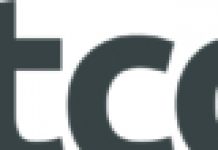 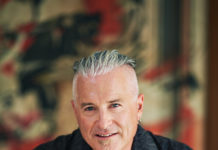 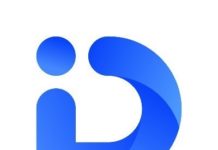 What the OECD’s latest report means for Crypto Tax

In October 2020 the OECD (Organisation for Economic Co-operation and Development) published a report titled ‘Taxing Virtual Currencies: An Overview...