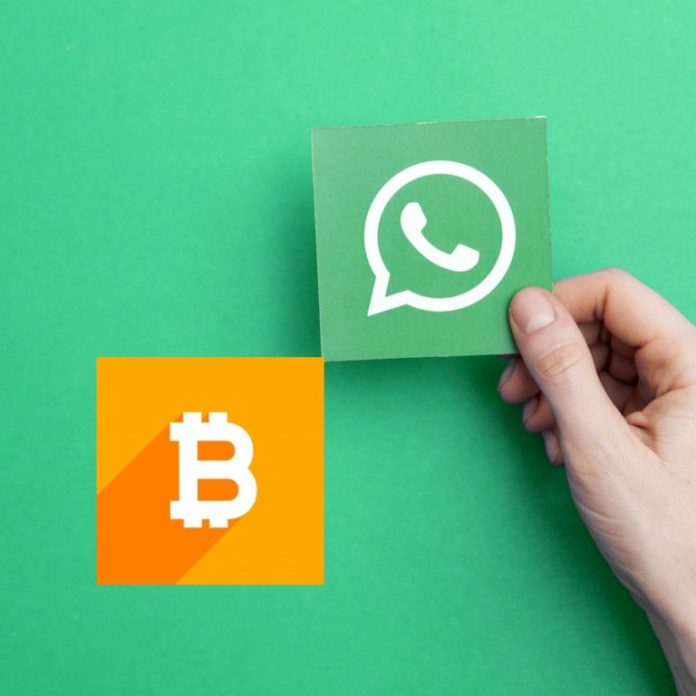 Governments in Africa simply cannot stop an idea whose time has come. In Zimbabwe, financial regulators banned cryptocurrency trading, and shut down two exchanges, thinking to have killed the ecosystem, only for Bitcoin to find a new life on Whatsapp. Kenyan authorities have sounded tough on virtual currency, warning banks and individuals against trading such, but the local cryptosphere continues to flourish, both on social media and on centralized exchanges.

Jack (not his real name) quit his job at a digital currency exchange in Harare after Zimbabwean financial regulators effectively banned cryptocurrencies in May. Today, he still helps make things happen – just not on the exchange, but on Whatsapp.

“I don’t buy (cryptocurrency). I have buyers who buy,” Jack told news.Bitcoin.com. He connects buyers and sellers of bitcoin by placing bids and sell orders on various Whatsapp groups, before inviting interested parties to a private chat to close the deal. Jack, who charges a 5% commission for his services – slightly above the average levied by exchanges while they still functioned – represents the new face of cryptocurrency trading (bitcoin largely) in Zimbabwe.

Bitcoin trades have gone underground or shifted to social media since the Reserve Bank of Zimbabwe (RBZ) shutdown the country’s only two digital currency trading platforms, Golix and Styx24, in May on allegations of violating Exchange Control regulations and of offering unlicensed banking services.

But cryptocurrency trading did not die with the ban. Instead, it reinvented itself on Whatsapp, through peer-to-peer trades. Over time, crypto enthusiasts have built strong Whatsapp groups where they share information and news on developments taking place in the sector. Now, they are using similar groups to buy and sell cryptocurrency, utilizing connections they already know or new ones. A certain amount of trust has since been established within the community, which is key to building confidence and preventing theft.

On Whatsapp, the Zimbabwe Premium Remains

In Zimbabwe, the network is thriving, even though the price of each BTC, at $13,721 at the time of going to press, sits at a premium of about 110% to the global average price. “0.033 BTC available,” reads the Whatsapp chat I send to Jack. “Have you resolved to use preev.com rates?” he replies, in reference to an initial disagreement over the average BTC price to be used for the transaction. “My buyers and I use that rate, so can only look for a buyer once we agree that preev.com is where the rate will be based on.”

The deal goes through. I send the BTC to a given address first and share the transaction ID with Jack, before he in turn promptly makes a payment to my cellphone. It helps that I have met Jack in the past, for given the issues of fraud and stolen coins that occasionally surface, sending bitcoin to someone unknown simply on the basis of Whatsapp recommendations can be a nerve-wracking experience. Others opt for a physical meeting once they agree on a price via Whatsapp.

In Kenya, the bitcoin Whatsapp market is expanding rapidly, said David Gitonga, a cryptocurrency proponent and writer based in Nairobi. This is despite the fact that in April, the Central Bank of Kenya described bitcoin as a “pyramid scheme” and warned banks against dealing with companies involved in the trade of virtual currencies and cautioned that the banks themselves should not invest in digital coins at all.

Unlike Zimbabwe, prices of bitcoin sold via Whatsapp in Kenya vary and are usually about 2-3% greater than “what you get on an exchange”, Gitonga said. “The peer-to-peer market in Kenya is pretty huge. Whatsapp is mostly the preferred form of trading due to ease of communication and speed,” he said, by email. “The community already has a recognized list of traders that offer the services. Anyone looking to buy or sell crypto is likely going to go through these traders. For large transactions, most sellers and buyers meet face-to-face once they’ve been introduced to each other on Whatsapp.”

Too Much Money Chasing Too Few Bitcoin

The underground is typically a dark realm of scheming, arm-twisting and profiteering. In Zimbabwe, Golix and Styx24 eliminated some of those risks by providing a centralized exchange system where buyers met sellers and agreed on whatever price they deemed palatable.

But why are prices so high compared to the global average? In short, because there just isn’t enough bitcoin to go around. Too much money chasing too few bitcoin. Nothing inflationary. Just the market forces of supply and demand at play. Not even the closed exchanges could prevent a certain premium being added onto the international price, albeit at a lower rate.

Current Zimbabwean bitcoin core prices appear to track the US dollar black market rate, which is priced at three different levels depending on how the payment is made: by bank or mobile transfer; paper notes; and/or coins. Each dollar costs about two and half times as much for the cash transfer of Zimbabwe’s substitute currency known as “bond” (which authorities claim is 1:1 with USD), by bank or mobile phone.

This specific rate has gone up by about 100% in the last few weeks as national foreign currency reserves dry up amid a surge in demand by industrial companies and individuals who need it to pay for items such as raw materials, health bills and university fees.

It is often the case that those investors with access to US dollars buy bitcoin on exchanges outside Zimbabwe – though this not always an easy thing to do – before offloading the same on the local market, for a tidy profit – arbitrage. The final selling price of bitcoin in Zimbabwe, therefore, reflects a combination of several different factors, made worse by the absence of formal, centralized trading platforms, as is the case in other forward-looking economies; countries such as South Africa or even Uganda.

Do you think that governments in Africa can put a stop to buying and selling of cryptocurrency on the continent? Let us know in the comments section below.

Corrupt Governance? What We Know About Recent EOS Scandal

This week, EOS found itself in hot water after allegations arose that a major part of its blockchain governnance, led...